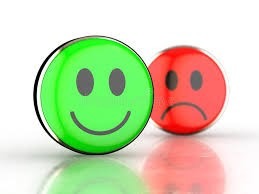 Throughout our history, Jews have always loved and longed for Eretz Yisroel, the Land of Israel. Many Jews throughout our history made the perilous land and sea journey to immigrate to Eretz Yisroel. Rabbi Yehudah HaLevi (born in Spain in the year 1080) was one of those who made this dangerous journey.  He is known for his beautiful poetry which is included in our machzorim and in the kinnos that we recite on Tisha B’Av. Many of his poems showed his intense love of and longing for Eretz Yisroel.

In this parsha, the Jews were counted in order to determine how to divide the Land of Israel. After hearing that Eretz Yisroel would only be given to the males (Ba’al Haturim), the daughters of Tzelafchad approached Moshe. They presented a well-thought out argument (see Midrash) that they should inherit the portion that their father would have received had he been alive. Moshe presented their case to Hashem.  Hashem said that they were correct and can inherit a portion in the Land of Israel.

Rashi explains what motivated the daughters of Tzelafchad to protest. The pasuk (Bamidbar 27:1) tells us their genealogy. They were the daughters of Tzelafchad, the son of Chefer, who was the son of Gilad, who was the son of Machir, who was the son of Menashe. The pasuk adds that they were from the family of Menashe, the son of Yosef.  The Torah just said that they came from Menashe. Why does the Torah add those seemingly extra words? Rashi says that the Torah is explaining their motivation. They were not motivated by the desire for material gain but by their passionate love for Eretz Yisroel. They loved the land as did their ancestor, Yosef Hatzadik. The Malbim concurs and adds that half of the tribe of Menashe was willing to accept their inheritance on the other side of the Jordan River, outside the Land of Israel. The daughters of Tzelafchad could easily have taken their inheritance from that land. However, because of their burning love for Eretz Yisroel, they wanted to join the other half of the tribe of Menashe in the Land of Israel. This part of shevet Menashe loved Eretz Yisroel and only wanted an inheritance there. This is what the pasuk means. Bnos Tzelafchad were “from the family of Menashe”, from the half of shevet Menashe who passionately loved Eretz Yisroel just as Yosef Hatzadik had loved Eretz Yisroel.

Nowadays, throughout our prayers we beg Hashem to restore The Land of Israel to its former glory. We ask Hashem to restore the holy city of Jerusalem, together with the third and eternal Beis HaMikdash (speedily in our days).

We mourn daily for the destruction of the first and second Beis HaMikdash. During these upcoming Three Weeks (from the 17th of Tamuz until the ninth of Av) we go into a greater state of mourning. Our mourning intensifies as we approach the 9th of Av when both Temples were destroyed.

The great French leader, Napoleon Bonaparte was once was traveling through a small Jewish town in Europe.  He entered a synagogue and saw an incredible sight.  Men and women were sitting on the floor on small stools, holding candles and weeping, while reading from books.  Napoleon wondered what misfortune had happened to make the people so sad.  A French Jewish officer explained that the Jewish people gathered once a year to fast and pray on the day that marks the destruction of the Jewish people’s two Temples.  The same scene in this town is happening in all Jewish communities. Napoleon wondered how long ago the Temples were destroyed. When he heard that it was over 2,000 years, Napoleon said that a nation that cries and fasts for over 2,000 years for their land and Temple will surely be rewarded with the rebuilding of their Temple.

Those of us who sincerely mourn the destruction and limit our pleasures in the memory of the destruction are promised that we will be privileged to rejoice in the final rebuilding of the Third Beis Hamikdash. Isaiah the prophet (Isaiah 66:10) said, “Rejoice with Jerusalem and be glad with her, all of you who love her. Rejoice with her with great rejoicing, all of you who mourn for her”. Why did Isaiah the prophet add the word “great”? Rabbi Yaakob Kranz zt”l, known as the Dubno Maggid, answered this question in the form of a moshol (see The Maggid of Dubno and his Parables by Benno Heinemann).

A man went on a long ocean voyage to a far-off land. After many months, his family heard that he had drowned when his ship sunk. The man’s wife and children were devastated. His friends were deeply shocked. Even those who barely knew him were stunned. As months passed, the memory of him grew fainter. His immediate family, however, never stopped mourning for him. One day, the door to his home opened and he walked in! The news of his arrival spread through the town. Those people who had barely known him were happy for his family that he was alive. His close friends were overjoyed. His family were happy beyond words. Those who had mourned the most when they thought he had died, were the happiest now that he had returned alive.