Blow Away the Fog! 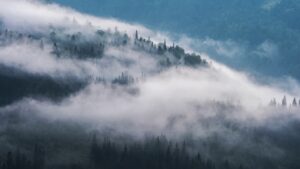 Shimon was Reuvein’s best friend. When they were younger, they used to play toy soldiers together.  Shimon’s toys were so cool. He had all kinds of soldiers, trucks, and tanks.  He had everything. Reuvein wished he could have such cool stuff. Shimon told Reuvein that he was going to give him some of his stuff, at some point. Once, while they were in the middle of playing, Shimon had to leave the room for a few minutes. Reuvein started thinking how he really wanted Shimon’s cool toys.  Furthermore, Shimon had promised to give some to Reuevein. Reuvein thought that Shimon won’t miss a few small things. With those thoughts in mind, Reuvein rationalized and took some of Shimon’s toys for himself. He was right. Shimon didn’t notice that a few, small toys were missing.

Robert was a teacher for many years. Whenever his son, Ralph, needed school supplies, Robert was able to get them from his school. Robert figured that it was okay. The school had so many supplies a they wouldn’t mind if he would use some of them for his personal needs.

Tom was angry at the government. Congress just passed a new tax that would cost Tom thousands of dollars. Tom was furious that this tax only applied to the citizens while all Congressmen were exempt from it. When Tom was filling out his yearly tax forms, he felt that this was his chance. Since the government didn’t treat him fairly, he felt that he had the right to get back at them by cheating on his taxes.

Reuven, Robert, and Tom all had one thing in common. Although they did the wrong thing, they all rationalized that their actions were appropriate.

The Midrash Rabbah (4:1) gives a different explanation of the purpose of the blessings and curses. The intention was not to motivate us to do mitzvos or to withhold ourselves from sinning. Rather the purpose was to teach us right from wrong.

The explanation of the Midrash is puzzling. Don’t we learn right from wrong from the Torah itself? The laws in the Torah teach us what we can and can not do. Aren’t the blessings and curses just a motivation for us to act properly?

HaRav Henach Leibowitz zt”l posed and then answered this question. He explained that without the motivation of the blessings and curses, we would not do the appropriate actions. We would often rationalize our actions and sin, all the while thinking that we were acting properly and even doing a mitzvah. The yetzer hara has that power to confuse us. If we desire something, we can think of numerous reasons why we would be justified in fulfilling the desire even if the Torah clearly says it would be forbidden. We can even convince ourselves that we are doing nothing wrong. However, deep inside ourselves, we know the truth, that the action we want to do is forbidden. When we visualize reward and punishment, our rationalizations disappear. If we visualize the gates of Gehinnom open, in front of us, with our lives possibly in the balance we won’t be so quick to rationalize our actions. We will be honest with ourselves and only do what is truly permitted. The yiras ha’onesh, the fear of punishment, will remove the “fog of rationalization” and help us think clearly, without rationalizations. Visualizing the magnificent reward awaiting us, will help us do the mitzvos correctly.

Visualizing the glorious reward or serious punishment for our actions will enable us to be honest with ourselves. That will motivate us to act appropriately.