Feel Safe in This Pilot’s hands! 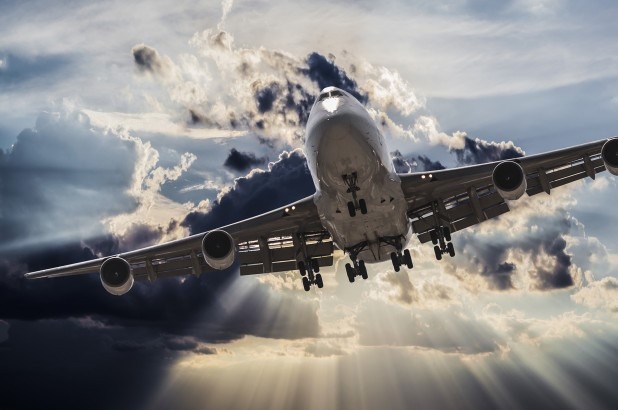 “You are children to Hashem your G-D – You shall not cut yourselves… For you are a holy people to Hashem…” (Devarim 14:1-2)

Every person has difficulties and challenges in life. Many tragedies occur every day. Why do they happen? Doesn’t Hashem love us?

The Ibn Ezra gives a novel explanation of the above pasuk. “Since you know that you are “children to Hashem” and He loves you more than a father loves his child, do not cut yourself in anguish over anything that He does – For everything that He does for you is for the best. And this is so even if you do not understand it, just as small children sometimes do not understand the actions of their father but rely on him nevertheless. For you are a holy people, unlike the rest of the nations…”.

A small child can’t understand why a father hit his hands. Yet, it was a loving hit, to keep his hands from getting burned from touching the hot flame on the stove.

Rabbi Akiva was traveling with his donkey, rooster and a lantern. Towards evening he entered a small town and was refused lodging. He couldn’t understand why not, but he kept his faith that whatever Hashem does is for the best. As Rabbi Akiva prepared to sleep in the nearby forest, wild animals killed his donkey and rooster. He didn’t complain to Hashem, “Why are You doing these terrible things to me?” Rather, his response was, “Whatever Hashem does is for the best”. He gave the same response when the wind blew out the flame on his lantern, just as he was learning Torah. The next morning, when Rabbi Akiva re-entered the town it was deserted. Robbers had come in the middle of the night and kidnapped all the townspeople. Now Rabbi Akiva understood that everything that had happened to him had actually saved him from being kidnapped.

The Ramban once made a deal with a dying student. The Ramban agreed to accept the responsibility of marrying – off his student’s seven daughters if his student would return to him in a dream (after he died) to explain why Hashem was bringing such terrible pain and anguish on the Jewish People. The student did not appear to The Ramban in a dream until after his seventh daughter was married. He explained that he had not come sooner because from his perspective in heaven, he didn’t see any bad things happening to the Jews! In heaven, he had a clear understanding that all that was occurring was truly good!!

I remember reading a Midrash, when I was younger, about Eliyahu the prophet. Eliyahu came down to the earth to travel with a specific person. At night they were graciously welcomed into the home of a poor couple. The couple gladly shared their supper with the guests. They gave them their own straw mattresses to sleep on. The next morning, after opening their home so graciously, their only cow died. The next night Eliyahu and his companion tried to get lodging in the mansion of a very rich man. They were refused. Only after much pleading, did the rich man permit them to sleep in the barn with his animals. The next morning, Eliyahu showed his appreciation by fixing a stone wall that was about to fall. Eliyahu’s traveling companion was dumbfounded. The kind couple was “punished” while the unkind, wealthy person was “rewarded”? Eliyahu explained that man cannot understand the actions of Hashem, his loving Father. Things are not what they seem. It had been decreed that the poor man’s wife was supposed to die that morning. Because of their act of kindness, Hashem killed their cow instead. There was a treasure under the rich man’s fence. His unkind actions made him undeserving of the treasure. Eliyahu fixed his wall so well that it would not fall and uncover the treasure.

Rabbi Ashear tells the story of a young girl who was a passenger on the plane. The turbulence was so bad that the other passengers were very afraid. This young girl was totally calm. She explained that her father was the pilot. She felt totally safe in his hands; She knew that he would bring her safely home.

We should always feel the way this young girl did. Hashem, our loving Father, is piloting the plane of life. He is directing everything that that happens to us, to be only good for us. Through the turbulent ride of life, we should feel the same calm confidence that our Father will get us safely to our destination.