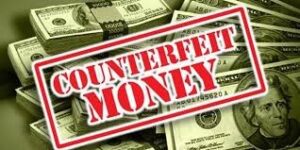 Rav Simcha Zissel Ziv zt”l, the Alter of Kelm, has a beautiful parable. A Jew was taking a walk one Shabbos afternoon and noticed a thick wad of 100-ruble notes lying in the grass. His initial reaction was that it was Shabbos and it was forbidden to touch the money. His second reaction was to start rationalizing. After all, he was poor and could really benefit from this money. He owed money to the grocer and the butcher and to his childrens’ teachers. Then he started rationalizing even more. It would even be a mitzvah to pick up the money! His thought process went from one extreme to the other. First, he felt that it was forbidden to pick up the money. He eventually felt that it was even meritorious to pick up the money. He was about to pick up the money when another Jew passed by and bent down to look at the money. He turned to the first Jew and exclaimed, “What are you looking at? Don’t you realize that the money is counterfeit?”  Had the first Jew picked up the money and then found out that it was counterfeit, he would have felt terrible. Once the temptation was no longer real, he would have realized that it would have been wrong to pick it up. He would have understood that he was blinded by the desire for money and that he was just trying to rationalize a misdeed.

This is how the Yetzer Hara, the evil inclination, works. He tempts us to sin, making us feel that we will benefit and feel pleasure from the action. The reality is that it is an illusion, like the counterfeit money in the story. Sinning will not bring the promised feelings of true and lasting pleasure and fulfillment. Not only that, it will cause misery and misfortune. That would be in addition to the punishment that the sinner will receive.

Our challenge in life, says the Alter of Kelm, is to pass the tests that the Yetzer Hara constantly gives us. We must see through the false pleasures that the yetzer Hara tempts us with.

The Ramban defines a nisayon as a challenge from Hashem that gives us the opportunity to muster all our inner resources to pass. Passing the test elevates us to a higher level. Then we will be able to overcome even more difficult challenges than before. Our forefather Avraham passed ten difficult tests which elevated him to a high spiritual level.

However, since the Yetzer Hara’s tests are so challenging, we should not actively put ourselves in the position to be tested. We also pray to Hashem (at the end of the morning brachos) to help us avoid such tests and challenges. The Chofetz Chaim zt”l gives examples of challenges to avoid. He advises to avoid joining groups of people that we know will speak loshon hara, slanderous speech. We should not rationalize joining such a group, saying that we will be careful not to listen to loshon hara or speak it. Similarly, we should not go where we will be exposed to improper conduct of any kind, thinking that we will be strong enough to withstand temptations.

Yosef HaTzadik had a very difficult nisayon.  When he was enslaved, he resisted the constant advances of Potiphar’s wife. He tried to minimize the nisayon but telling her that it would not be fair to his master. After all, it would be repaying the good done to him with evil (Sforno Braishis 39:9). Once, when she grabbed his coat, he quickly fled the room and ran outside to overcome the nisayon. The Sforno says that he did not want to stay even one second longer (Braishis 39:12). He was concerned, lest he succumb during that extra moment. That is why he did not take the extra second to grab his coat back from Potiphar’s wife.

In this week’s Parsha, the Jewish People were days away from entering the Land of Israel. Hashem had promised that the land would be good. Yet the Jewish People told Moshe that they wanted to first check the land for themselves. They showed a lack of trust in Hashem and in His promise. That opened them to the test of the Yetzer Hara. Now they could be tested to see if they would concur with Hashem or dispute Hashem (Rashi). Unfortunately, they failed their test. That failure changed the course of Jewish history.

The Yetzer Hara continuously tries to cause us to sin.
Obviously, we do not ask for such challenges.
When they do come, we should try to minimize the challenges in our eyes to help us pass them.
The temptations that the Yetzer Hara presents are “fool’s gold” and a form of fake happiness.
Any pleasure we may derive from them will be fleeting and will not give us long-lasting happiness. Instead it will leave us with more of an empty feeling than before.
Understanding that will help us to overcome the challenges we face on daily basis.
It will elevate us to a higher level of closeness to Hashem.

Based on a dvar Torah By HaRav Avrohom Pam zt”l (Rav Pam on the Chumash by Rabbi Sholom Smith).