Feeling Safe in our Father’s Hands! 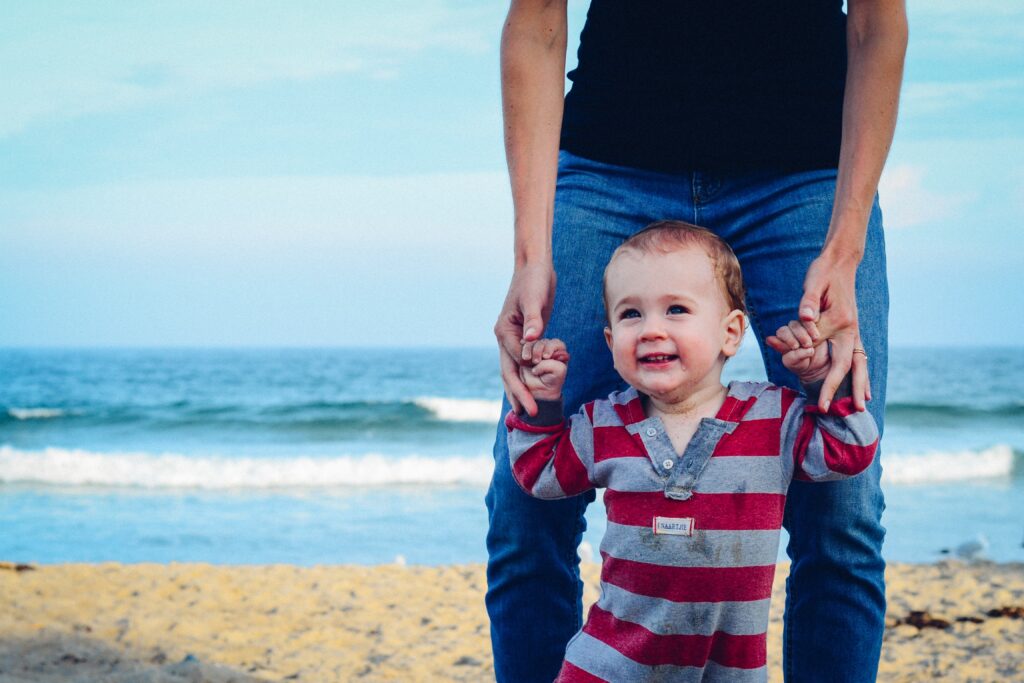 Six-year-old Chani walked onto the airplane all by herself. The nearby passengers decided to keep an eye on her to make sure she would be safe. Suddenly, the plane began to shake because they were flying through bad weather. Many people on the plane became nervous. Chani remained totally calm. Suddenly the plane began bouncing up and down from the strong winds. Many of the passengers grew more and more nervous. Some started crying. Others began to pray. Chani was totally calm and resumed playing with her doll as if nothing was happening. The plane finally passed through the bad weather and landed in Israel. When the plane landed, one of the passengers turned to Chani and asked, “You are alone on this plane. How did you stay so calm during all that terrible weather?” Chani answered, “My father is the pilot. He is the best pilot in the whole world, and he is taking me home. Why should I be afraid?”

All of us are like young children in the hands of our father, Hashem. When we believe that, we will always feel safe, no matter what is happening around us. (story from Living Emunah by Rabbi David Ashear)

The Jewish People were on their way to enter the Land of Israel. They approached Moshe and requested permission to spy-out the land before going to conquer it from the nations that lived there. Hashem knew that wherever the Jewish spies would go they would be noticed. In order to protect the spies, Hashem performed a miracle. Wherever the spies went there were huge funerals. The people living there were too occupied with the funerals to even notice the Jewish spies. Hashem had caused the deaths of the leaders of the non-Jewish nations living in the Land of Israel. There were so many “State funerals” that the spies went unnoticed.

The Jewish spies misinterpreted what had happened. When they returned from their mission, they reported that the climate of the Land of Israel was so harsh that people were constantly dying.

This interpretation of the events that the spies had seen was very logical. Yet, Hashem was angered by it. The Midrash Rabba (16:24) quotes Hashem’s feeling. “With that which I did for their benefit, they angered me.” Hashem said that I caused the multiple funerals to occur to save the spies. The spies took those very same events as a reason NOT to enter the Land of Israel.

The question is, what did the spies do wrong? They interpreted the facts as they had seen them. They did not lie or exaggerate.

The Rosh HaYeshiva zt”l answered, had the spies had the proper degree of faith and trust in Hashem, they would have had a different interpretation of the events that they had seen. They would have thought to themselves:

Hashem had promised them the Land of Israel as a very special place. If it was so special, how could the climate be so harsh? It must be that the climate wasn’t harsh. Rather, Hashem, in His loving kindness, was performing a miracle to save them.

The Maharzu on the Midrash indicates that the evaluation of the spies showed a lack of faith in Hashem. He says that Hashem expected the Jews to act like their forefathers who had total faith in whatever Hashem did.

We see from this that the degree of one’s faith and trust in Hashem can make a difference in how he views and interprets different events that occur in his life. As said before, all of us are like young children in the hands of our father, Hashem. When we believe that, we will always feel safe, no matter what is happening around us.