Things Are Not Always What They Seem To Be! 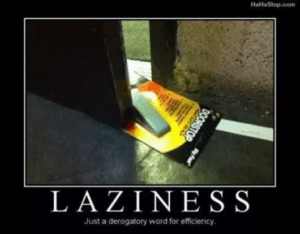 “And they spread an evil report about the Land that they had scouted, saying, ‘The Land that we traversed and scouted is one that devours its inhabitants…’” (13:32)

Sam was walking outside and glanced inside the window of a nearby building. He noticed a man pull out a large knife and head towards another man lying on a table. Sam’s first reaction was to take out his cell phone and call 911. When he looked further into the matter, he realized that the man with a knife was a doctor who was about to perform an operation.

As Berel walked down the street, he noticed a man trying to get into a car with a key. Berel thought nothing of it until he looked further.  This man had an entire handful of keys and was trying one after the other. That seemed suspicious so Berel called 911.

From these two instances, we see that all is not always the way it seems.

The Jewish People were taken out of Egypt and were poised to enter the Land of Israel immediately. The Jews wanted to first send spies to observe the Land. When the spies returned, they, except for Yehoshua and Calev, discouraged the Jews. They said that it would be impossible to conquer the powerful nations that lived in the Land. The Jewish People cried in fear, thinking that Hashem would be unable to conquer those powerful nations. Their behavior showed a lack of trust in Hashem. Therefore, Hashem punished them and caused a 40- year delay before the Jews entered the Land of Israel, during which time all the males between the ages of 20 and 60 died.

This week’s Haftorah discusses the spies that Yehoshua had sent before conquering Yericho. The Midrash Tanchuma (Paragraphs 1 and 4) contrasts this successful spying mission to the abysmal failure of 40 years earlier. The earlier spies did not exhibit the same mesiras nefesh (giving one’s all and sacrificing oneself to ensure success) as the later ones. The Midrash pinpoints this lack of mesiras nefesh as atzlus, laziness. Since the earlier spies had a small degree of laziness, they were not totally moser nefesh in their mission. A person who is a little lazy, does not put in the required effort to analyze a situation. Rather, he understands his observations at face value. That lack of effort caused a calamity. Had the spies been more motivated, they would have analyzed their observations differently. Their report would have been accurate and would have been the opposite of what they initially had thought. (Based on a dvar Torah by HaRav Henach Leibowitz zt”l).

When the earlier spies returned, they reported that the air of Israel was very harsh. “Everywhere we went, we saw burials taking place”. Rashi comments that this was an act of kindness from Hashem. Hashem wanted the inhabitants of the Land to be so preoccupied with funerals that they would not notice the spies. Wherever they went, they saw huge crowds attending funerals. The Kli Yakar asks, If the spies saw so many funerals, weren’t they correct in reporting that the climate was harsh? After all, isn’t that what they saw?  The answer could be that their degree of laziness prevented them from realizing the truth.  A casual observation would lead one to the conclusion that they gave. However, had they delved into the matter more closely, they would have come to a totally opposite conclusion. They would have understood that the funerals were not a typical occurrence and were clearly orchestrated by Hashem. They would have realized that if people dying and funerals was so common, they wouldn’t have been attended by large crowds (Rabbi Frand on the Parsha). Society could not function if everyone spent much of their day attending funerals. People would only attend very few funerals. Since the crowds at funerals were so large, it must have been that death was an uncommon occurrence. Had the spies understood this, we would have entered the Land of Israel immediately and would have been spared from much heartache, pain, and death.

The negative trait of laziness can have dire and far-reaching consequences. It impacts a person in this world and in the World to Come. King Solomon said that a lazy man’s field will not produce food because he will not work hard enough. Even if he puts in the effort, he will lose his produce because he will be too lazy to fix his broken fence.  Animals and thieves would then take everything. A lazy person will also not take advantage of the opportunities to learn Torah and do mitzvos. He will push-off the opportunities with excuses followed by excuses. (Orchot Tzadikim)

Beyond that, we see that the trait of laziness can cause us to misread any situation that we observe.

That can lead to strained personal relations, bringing us misery, grief, and unhappiness.

It is imperative to put in the complete effort needed to accurately assess all situations.