How Dare You Criticize ME -It Was YOUR Fault! 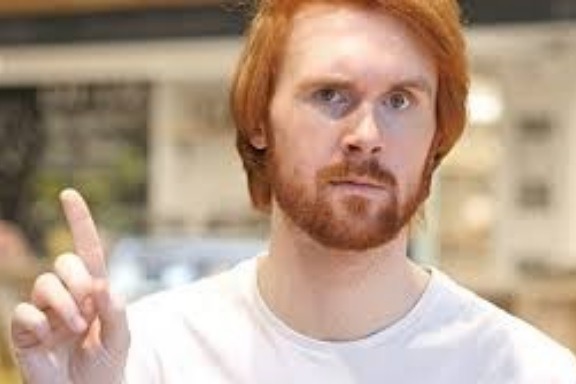 “Why didn’t you eat the sin-offering in the Sanctuary, seeing it is most holy and Hashem gave it to you to bear the sins of the congregation, to make atonement for them…?” (Vayikrah 10:17)

Tom’s reaction was automatic and understandable. No one likes to be criticized. It puts us on the defensive and makes us feel bad. We feel compelled to respond to protect our sense of worth. It’s especially true if the criticism is totally unjustified. If it was totally his fault, what nerve he has, to blame me!

Tom was 100% correct. However, because he didn’t control his reaction, he lost his job. Where was he going to find another job with such a high salary? Too bad that Tom couldn’t accept the criticism quietly.

It was the eighth day of the celebration of the Mishkan (Tabernacle). It was the day that the Mishkan would be permanently set up. The joy of the day was marred by the Heavenly deaths of two of Aharon’s sons. Aharon was somehow able to control his grief to be able continue his duties on this special day. Various sacrifices were brought on this day. Moshe found out that the Rosh Chodesh sacrifice was burnt and not eaten. Moshe got “angry” (one of the very few times in his life that he displayed anger) at Aharon’s remaining two sons, Elazer and Itamar, for burning instead of eating this korban. “Why didn’t you eat the sin-offering in the Sanctuary, seeing it is most holy and Hashem gave it to you to bear the sins of the congregation, to make atonement for them…?”

The great leader, Moshe Rabbeinu, rebuked Elazer and Itamar for doing the wrong thing. Moshe even told them to respond and explain their actions. Their to the criticism was silence. They didn’t say anything to defend their actions. They could have responded to Moshe, since they had acted correctly in not eating the korban (as Moshe later admitted). Yet they did not. Rashi explains that they felt it wasn’t respectful to respond to the rebuke of their teacher. They also felt that it was a lack of respect to respond in front of their father (Their father should be the one responding and not them. Aharon did respond soon after).

Elazar and Itamar were rewarded for their herculean effort of not responding to criticism. One opinion in the Midrash (13:1) is that their reward was a personal message from Hashem. Another opinion explains that this act saved their lives, as they were destined to die.

Our G-d given task in our lifetime is to come close to Hashem through learning Torah and performing mitzvos. We are also supposed to refine our character traits. In order to properly refine our character traits and have personal growth, we must be willing to accept criticism. We must be willing to listen objectively and change, if need be. We must to be open to listen and examine our actions carefully, if we are told that we erred. We must do this even when we feel we are totally correct.

“Criticism may not be agreeable, but it is necessary. It fulfills the same function as pain in the human body. It calls attention to an unhealthy state of things.” –Winston Churchill