They Gave Up on Her, but She Persevered! 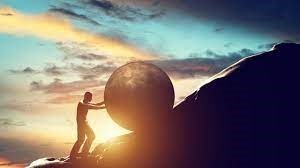 Towards the end of the year the little boy asked her how she knew that children are good. She told him that when she was a child, she thought that she was stupid and that nothing good would come out of her. She, herself, was a student of a special needs class and others were ready to give up on her. She could not even read or write until she was in 5th grade!

Ms. Miller became a special education teacher to help others. The point she made in her story was that words matter! The words that teachers, principals, and parents say to a child become the words that the child perceives about himself. Negative words foster negative self-images and make a child feel that he is a failure. Positive words foster positive self-images and can encourage a weak student to become a successful one.

This week’s parsha discusses which animals are kosher and which are not. An animal that chews its cud and has totally split hooves, is a kosher animal. Most animals do not have any kosher signs at all. There are four animals that exist, that have only one kosher sign. Many of the commentaries question why we need to know that these animals have one kosher sign. After all, it really makes no difference. Since they do not have both kosher signs, they are not kosher. The Torah first says that a camel chews its cud before it says that it does not have split hooves. The Torah says that a pig has totally split hooves but is not kosher because it does not chew its cud. Why does the Torah say this at all and why does it list the kosher characteristic first?

The rabbis who teach us mussar share a very important message based on this. When giving constructive criticism, one should first say something positive about the person before mentioning the negative. That is why the Torah mentions the positive characteristic of the four animals before mentioning their non-kosher characteristics. This message is important for everyone and especially important for parents and teachers. (Rav Pam on Chumash by Rabbi Sholom Smith)

Words can build and words can destroy! Let us choose to use our word in a positive manner.