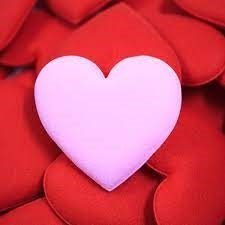 “Moshe said to Aharon, ‘Come near to the Altar and perform the service…’”. (Vayikra 9:7)

For Brandon L, learning that he was in kidney failure at age 23 was the biggest surprise of his life. But later — on his 25th birthday — Brandon was again surprised when he learned his younger brother, Derek, would be donating one of his kidneys to him to save his life. “You have always been there for me,” Derek said. “You will always have a piece of my heart and now you will have my kidney, too. We are a perfect match.” “I can’t believe Derek would sacrifice going through all this for me,” said Brandon. “He’s giving me a chance to have a healthy life again…it’s overwhelming and I still can’t believe it’s happening.” (Jan. 9, 2018, Source: TODAY Contributor)

The Mishkan was built. For seven days, Moshe officiated as Kohen Gadol, offering korbanos, sacrifices, to Hashem. Every day, Moshe constructed and then took-down the Mishkan. Hashem’s Holy Presence had not yet descended upon the Mishkan. The Jews were saddened, thinking that their involvement in the sin of the Golden Calf had made them unworthy of having Hashem’s Holy Presence descend. On the eighth day, Moshe told Aharon that Aharon would begin officiating as the Kohen Gadol. Aharon was instructed which korbanos to bring.  One korban was a calf, to atone for Aharon’s participation in the sin of the Golden Calf. Moshe said that after Aharon would complete his job, Hashem’s Holy Presence would then appear in the Mishkan. Rashi (Vayikra 9:7) says that when Aharon approached the Altar to sacrifice the korbanos, he hesitated, until Moshe encouraged him to continue approaching. What made Aharon hesitate? The Ramban quotes an opinion that the horns of the Altar appeared to Aharon like the horns of a calf. According to the Da’as Zekanim Aharon feared that he was not worthy of approaching the Altar because of his involvement, albeit minimal, in the sin of the Golden Calf. The Ramban continues, that Aharon was so holy that the sin of the Golden Calf was the only sin that he had ever been involved in. Therefore, it was always on his mind. He was afraid that this would interfere with his ability to offer the sacrifices. Moshe prodded Aharon by saying that Hashem had forgiven him for his minimal part in the sin and that Hashem had chosen Aharon to be the Kohen Gadol. Rashi quotes Moshe as saying to Aharon, “You were chosen for this!”

Rabbi Frand (Rabbi Frand on the Parashah) quotes the Toras Kohanim who says that Moshe told Aharon, “You, of all people, don’t have to fear what the ox represents”.

What did Moshe mean? According to the Midrash Rabba (Shmos 37:2) Hashem had told Moshe that Aharon’s intention was pure. Therefore, Aharon would become the Kohen Gadol who would offer the sacrifices on behalf of the Jewish People. Aharon knew that the some of the Jews were intent on sinning. He initially tried to stall them until Moshe would return. He realized that his stalling tactic would not work and that the Jews would make an idol. The Midrash Rabba (Vayikra 10:3) explains that Aharon had evaluated the situation. If the Jewish People would build the Golden Calf their sin would be very severe. Aharon felt that it would be better if he would build it. Then his sin would not be as severe since his intent was not to serve idols. Aharon was willing to accept the sin upon himself to save the Jewish People from a more severe sin.

Aharon loved the Jewish People so much that he was willing to sacrifice his own righteousness to save them. He placed their welfare above his own. Therefore, Hashem deemed him worthy, and Aharon became the Kohen Gadol. With this knowledge, Moshe told Aharon to go forward towards the Altar without any fears.

We learn two important lessons from Aharon’s greatness. He constantly remembered his “sin”. If we keep our sins in mind (not to cause us depression but to encourage us to strive towards growth), that will help us feel regret and will hopefully protect us from repeating those sins.

We also see that when you truly love someone, you should be willing to sacrifice for them.