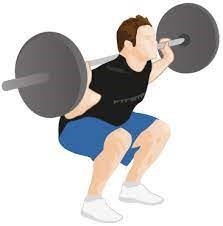 It was the early 1900’s. Della and her husband, Jim, were very poor. Expenses had been greater than expected. Della had been saving every penny she could for months to buy a present for her husband. All she could save was one dollar and eighty-seven cents. She cried in front of the mirror. Then she looked at her hair which was very long. She came to a difficult decision. She went to a wig store and offered to sell her hair. The proprietor offered her $20 for it, which she quickly accepted.  Her hair was cut very short, yet she was happy. Now she had enough money to buy a silver chain for her husband’s watch, which he had inherited from his father and grandfather. When Jim came home from work and saw his wife, he stared at her with an odd expression on his face. She told him that she had sold her hair to buy him a nice present, but he just stared. Then he gave her a package, containing a gift that he had bought for her. He had bought her beautiful combs, made of shells, with jewels at the edge, to wear in her beautiful hair. They cost a lot of money, she knew, and her heart had wanted them without ever hoping to have them. And now, the beautiful combs were hers, but the hair that should have touched them was gone. Then Della took the gift that she had bought for Jim. “Isn’t it wonderful, Jim? I looked all over town to find it. Give me your watch. I want to see how it looks on it.” Instead of obeying, Jim fell on the couch and put his hands under the back of his head and smiled. He told her that he didn’t have the watch anymore.  He had sold his gold watch to get money to buy the set of combs for her hair. (The Gift of the Magi by O. Henry)

Both Jim and Della thought about how to make each other happy. Each was willing to sacrifice something very meaningful and dear to them, to give to the other.

Moshe saw a spectacular sight, a burning bush that was not being burnt. When Moshe went to investigate, Hashem called to him.  Hashem said that it was time to free the Jewish People from the oppression of the Egyptians. Hashem wanted to send Moshe to be their redeemer and savior. The Torah (Shmos 4:13) states Moshe’s response to Hashem. Moshe told Hashem to ask someone else to do it. That seems to be a strange answer to tell Hashem. The Midrash Yalkut Shmoni (paragraph 172) explains Moshe’s refusal. It wasn’t that Moshe did not want to go. Rather, Moshe felt if he would be the redeemer, it would be disrespectful to his brother Aharon. Aharon had been the leader and prophet for the Jews for the past 80 years! How could Moshe come and take over the mantel of leadership?! Moshe felt that it would cause Aharon pain. Therefore, Moshe refused to go. Hashem told Moshe that Aharon would not feel any pain. Not only that, but Aharon would feel true, heartfelt joy for Moshe (Shmos 4:27). According to the Zeis Ranan, Aharon’s joy would be so great that it would not be able to be described in words. In fact, Aharon would be rewarded for this love with an addition to the priestly garments that he would wear in the Beis HaMikdash, when serving as the Kohain Gadol. He would merit to wear, on his heart, the urim vetumim in the choshen, the breastplate. (The urim vetumim was an inscription of Hashem’s holiest name, which was placed inside the choshen. By virtue of the power residing in Hashem’s name, the letters inscribed upon the stones of the choshen would light up to reveal the answer to the question that the Kohain Gadol would present.).

HaRav Nosson Tzvi Finkel zt”l, known as the Alter of Slobodka, in the sefer Ohr Hatzafon, questions Moshe’s actions. Hashem wanted Moshe to redeem the Jewish People, freeing them from debilitating servitude. The Jewish People would then become a holy nation, would receive the Torah, would enter Eretz Yisroel, and would build the Bais HaMikdash, where Hashem’s Holy Presence would reside. Moshe would be saving an entire nation and bringing them to achieve the goal of Creation. Furthermore, Moshe loved the Jewish People so intensely and completely that he had tried to help bear their burden even when he was still a prince in Pharoah’s palace. Moshe was being given the opportunity and the eternal merit to save his beloved People and to be instrumental in bringing them to the pinnacle of the purpose of Creation. Aharon would feel overjoyed that the Jews were being redeemed. Would he feel pain that he wasn’t leading the redemption? Yet, Moshe was willing to give up all of that and say no to Hashem, out of concern, lest it cause some, even minimal, pain to his brother Aharon.

What a lesson for us! We must be so careful, to consider the feelings of others. How careful we must be to avoid causing even a minimal hurt, even during a monumental moment. The Alter of Slobodka zt”l says that everyone was created in the image of Hashem and causing pain to someone else is tantamount to causing pain to Hashem!