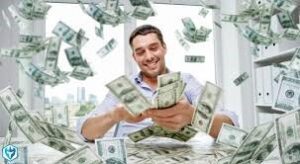 “Come let us deal wisely with him. Lest he increase so much, that, if there is war, he will join our enemies and fight against us, driving us from the land.” (Shmos 1:10).

I read the following story: A man once visited the Maggid of Mezeritch. He said that he couldn’t understand the Talmudic dictum that we are supposed to bless Hashem for the bad times just as we bless Him for the good times (Brachos 54a). The Maggid told him to go visit his student Reb Zusha, who would explain it to him. The man went to Reb Zusha’s house and was astonished at the family’s dire poverty. They had almost no food, the family members were sick, and they had many other challenges. Yet, Reb Zusha welcomed him warmly and cheerfully. The visitor told Reb Zusha why he had come. Reb Zusha responded that he was not sure why the Maggid had sent the visitor to him. Reb Zusha said that he did not know about suffering since he had never experienced anything bad.

Oy! Too many are in pain! There is too much suffering and too much sorrow, nowadays! We really need Hashem to send Moshiach and bring an end to all our challenges and difficulties.

We must realize that Hashem loves us even more than a parent loves a child! When we are in pain, Hashem is also in pain! Yet, Hashem Who is All-Knowing, knows that when we see the entire picture, after our lifetime, we will understand why the suffering was beneficial for us. With that in mind, if we can bear the suffering, it will be a great merit for us.  Rabbi Yisroel Brog, the Rosh Yeshiva of Yeshiva Tiferes Avigdor, quotes an Ohr HaChaim. The Ohr HaChaim (Shmos 1:1) adds that when one is willing to accept suffering, that acceptance takes the place of the actual suffering! Those members of Yaakov’s family who accepted their destiny to endure exile and willingly arrived in Egypt with that knowledge, did not experience slavery. The enslavement did not start until after they had died.

The Jewish People, in Egypt, were multiplying in great numbers. The Talmud (Sanhedrin 106A) says that that the king had three advisors who helped him determine how to handle the ever-increasing number of Israelites. The advisors were Bilam, Iyov, and Yisro. “Come let us deal wisely with him. Lest he increase so much, that, if there is war, he will join our enemies and fight against us, driving us from the land.” (Shmos 1:10). Bilam advised that the male, Jewish babies be drowned. Meanwhile, the Egyptians oppressed the Jews with slave labor and embittered their lives. “וַיְמָֽרֲר֨וּ אֶת־חַיֵּיהֶ֜ם בַּֽעֲבֹדָ֣ה קָשָׁ֗ה… ” ,“The Egyptians made the lives of the Jews bitter, with harsh labor involving mortar and bricks, and all kinds of work in the fields. All the work they made them do [was intended] to break them” (Shmos 1:14).

The Vilna Gaon zt”l (sefer Kol Eliyahu) explains that the cantellation marks (the musical notes) on the words, “And they embittered their lives” are “קַדְמָא וְאַזְלָא”. The definition of those two words is “to go early”. The exile was supposed to last for 400 years. The Jews left early, after 210 years, because the work had intensified. Because the Jews suffered more, their exile lasted 190 years less. Their intensified suffering was ultimately for their benefit. Interestingly, the gematria of “קַדְמָא וְאַזְלָא” is 190 (Every Hebrew letter has a numerical component. ק=100, ד=4, מ=40, א=1, ו=6, א=1, ז=7, ל=30, א=1. The sum is 190). Our intense suffering, nowadays, can be the cause for a quicker redemption for us individually or for the Jewish People as a whole!

Midrash Rabbah (Shmos 1:9) states how Hashem punished Pharoah’s three advisors. Bilam, who advised to drown the Jewish babies, was killed. Iyov, who remained silent, was afflicted with suffering. Yisro, who ran away in protest, merited to have Jewish descendants who were very distinguished.

Rabbi Chaim Shmuelevitz zt”l, the late Rosh HaYeshiva of the Mir Yeshiva, comments on this Midrash (Sichos Mussar, year 5731, Parshas Va’era). He says that obviously, Bilam’s punishment had to be more severe than Iyov’s, since Bilam was the one who suggested the evil plan of killing the Jewish babies. Iyov had remained silent, intimating his agreement to the plan. Yet, it seems that Iyov received the harsher punishment?! Bilam was killed by the sword while Iyov was punished with severe suffering.

Rabbi Chaim Shmuelevitz zt”l quotes the Talmud (Kedushin 80B). There is a pasuk in Eichah (3:39), “Why then does a living man complain, a man for the punishment of his sins”? Rashi explains the pasuk, “By what right does a man have to complain about what has been meted out to him? It is enough for him that I have granted him the gift of life and not death. A man has no right to complain about the misfortunes that befall him, in view of the overriding kindness that I have shown him by allowing him to live”.

Rabbi Chaim Shmuelevitz quotes a parable about a man who just won a large sum of money in a lottery. At the same time, his pitcher or barrel broke. Would he be saddened and upset about the barrel breaking or would his happiness of winning the lottery overshadow that? Wouldn’t his satisfaction and happiness overshadow other daily suffering that he may have been having? Similarly, Rabbi Chaim Shmuelevitz zt”l says that we should focus on Hashem’s great kindness to us, of giving us life. That should make us tremendously happy to no end. If we can feel that happiness and joy, that would help us bear the suffering and challenges that we face. Even such terrible sufferings as Iyov had, can become “nonexistent” if we focus on this great gift of life.

We should value our great gift of life and use our time properly by learning Torah and performing mitzvos.

There are 4 coping strategies that help us when suffering through difficult challenges.