Be a Thinking Person -Don’t Repeat Your Mistakes! 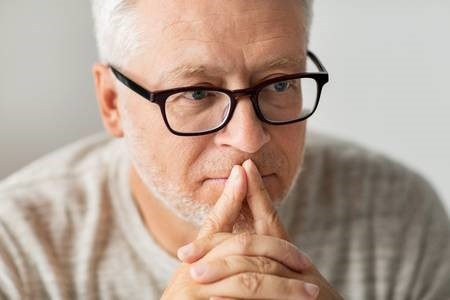 I was driving when I saw the flash of a traffic camera. I figured that my picture had been taken for speeding, even though I knew I wasn’t. Just to be sure, I went around the block and passed the same spot, driving even more slowly. Again, the camera flashed. Thinking this was funny, I drove past even slower, three more times. I was laughing as the camera snapped away each time while I drove by it at a snail’s pace. Two weeks later, I got five tickets in the mail for driving without a seat belt.     -by Adam J. Smargon from The Dumb Book by the Editors of the Reader’s Digest

The Rambam writes that tzoraas was not a physical disease. Rather, it was a supernatural disease to punish a person speaking lashon hara (talebearing; speaking badly about others). If a person spoke loshon hora once, this supernatural disease would attach itself to a person’s house. If he continued speaking loshon hara a second time, his clothes would contract tzoraas. If he continued speaking loshon hara a third time, his body would be afflicted with tzoraas.

If you saw your friend’s punishment for loshon hara coming closer -first his house and then his clothes, what would you think about him if he speaks it a third time? Won’t you think that he is being foolish? That his actions are not logical? Now look in the mirror and see yourself. You are the one who is speaking loshon hara, again and again. How can you? Don’t you see the punishment becoming more severe? Don’t you know that the more you repeat the sin, the more you begin to feel that your actions are permissible (Shaare Teshuvah 1:5)? Don’t you know that speaking badly about others causes a lack of peace and unity? Causing disunity delays the Third and final Beis HaMikdash (Holy Temple) from being built. When the Beis HaMikdash will be built there will be peace and tranquility in the world.

We must constantly be thinking people. We must think about our actions or words before we do something or say something. Are we doing or saying something beneficial? Are we promoting peace and unity? Are we harming others (and thereby ourselves, too)?

Thinking people become respectful people. We should be thinking people who bring peace and unity and will help bring the rebuilding of our Beis HaMikdash.