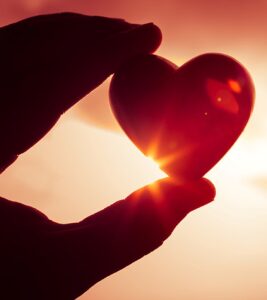 A man wanted to be appointed as the Rabbi of a certain city. He sent his son to get a letter of recommendation from the Gadol Hador, Rav Chaim Ozer Grodzenski zt”l. Rav Chaim Ozer did not feel that this boy’s father was competent for this position so he gave an excuse and did not write the letter. The young man became very angry and hurled insults at Rav Chaim Ozer. Rav Chaim Ozer sat calmly throughout the tirade. When the young man left, Rav Chaim Ozer’s students questioned how he could remain so calm. He responded that the young man was not in control of his emotions. His father had wanted and perhaps truly needed that job. The son was probably thinking of his father and the impact that not getting the job would have on the family. “Had I reprimanded him at that point, he would have been too irate to listen to my rebuke.” (Rabbi Frand on the Parashah 2)

Rabbi Yissocher Frand learns a beautiful lesson from this. At times, we see others doing something very wrong. Our first reaction may be to rebuke the person strongly, just as a kohen would want to immediately declare the person impure. The Torah teaches us to stop! Do not be critical and rebuke immediately! On the one hand, you should not condone the sin. On the other hand, do not be too quick to rebuke. First examine the situation. Is the person in the frame of mind to hear your rebuke? Will it be beneficial, or will it turn him further away from acting properly? Will it bring him closer to Hashem or push him further away?

Rav Sholom Schwadron once saw a group of Jewish boys desecrating Shabbos. He sensed that these boys were estranged from their families who were religious. Understanding that rebuking them would be counterproductive, he reached-out to them with heartfelt love. He offered each of them a hot meal and a comfortable bed. The boys eventually agreed to go. A free hot meal without strings attached was something they needed. This arrangement continued for some time. Eventually, the love that Rabbi Schwadron showed them, helped them change their lives and return to Hashem.

Sometimes, showing love and not rebuking, can be a more powerful tool to encourage positive behavior!