Will He Live to Eat the Figs? 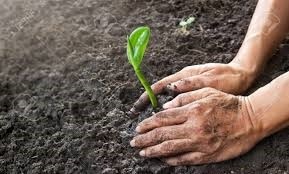 There is an interesting story quoted in the Midrash Tanchuma (Parshas Kedoshim, paragraph 8): On his way to a battle, the Roman Emperor Hadrian passed through the Land of Israel. There, he saw an old man digging holes in the soil, about to plant fig saplings. Looking at the old man, the emperor wondered if he had to work hard in his old age because he had not worked when he was younger. The old man told the emperor that in fact, he had worked when he was younger, and he would continue to work hard, for as long as Hashem gave him the strength.  The emperor was astounded. Why was this old man working so hard when he likely would not live to see the tree bear any fruit? Hadrian said to him, “You are an old man. [Why are you] persisting in taking the trouble to toil for others?” He said to Hadrian, “My lord king, here I am planting. If I am worthy, I shall eat of the fruit of my saplings; but if not, my children will eat.” Three years later, Hadrian returned from war. Surprisingly, the old man was still alive. He brought Hadrian a basket of figs from the tree that he had planted. Hadrian was so impressed that he took the figs and refilled the old man’s basket with gold coins.

The Midrash Rabbah (Shmos 35:1) says that people did not deserve to benefit from a few of the things that Hashem had created. Therefore, Hashem hid the “Light of Creation”. Hashem put it aside in Gan Eden for a future time, to benefit the tzadikim. Similarly, gold and cedar wood should also have been hidden at the time of Creation. However, they were not hidden because they were going to be used to honor Hashem during the future building of the Mishkan (Tabernacle) and Beis HaMikdash. Our forefather Yaakov knew prophetically that cedar wood was going to be used in the building of the Mishkan. Therefore, when Yaakov was on the way to Egypt to see Yosef, he first stopped in Be’er Sheva (Beraisis 46:1) to get the cedar trees that Avraham had planted there. The Eitz Yosef asks, if Yaakov’s destination was Egypt, which was in the south, why did Yaakov go out of his way to Be’er Sheva which was in the north? The Eitz Yosef concludes that Yaakov must have gone there to collect the cedar trees that Avraham had planted. Yaakov planted those trees in Goshen, Egypt. This “secret”, that the cedar trees were to be used in constructing the Mishkan, was passed down from Yaakov to his children and grandchildren. Therefore, Yaakov’s descendants took those trees when leaving Egypt.

The Midrash Rabbah (Bereishis 85:3) says that generally, Hashem punishes one who starts a mitzvah but does not complete it. Yehudah was punished because he started to save Yosef but did not complete the task. The Yefe Toar explains that one is not punished if he does not complete the mitzvah due to circumstances beyond his control. In fact, he is given full reward as if he had completed the mitzvah. However, the mitzvah won’t be called his. Rather, the mitzvah will be called by the name of the one who actually completed it. An example of this occurred with Moshe Rabbeinu. Before leaving Egypt, the Jewish People were busy collecting wealth from their Egyptian neighbors (as Hashem had commanded them to do). Moshe, however, was involved in the mitzvah of looking for Yosef’s coffin, to bring it out of Egypt (Shmos 13:19). The Talmud (Sotah 13A) says that Moshe’s actions displayed an appreciation for the preciousness of the mitzvah. Yet, when Yosef’s body was buried in the Land of Israel, the pasuk in the navi Yehoshua (24:32) says, “”The bones of Yosef, which the Children of Israel had brought up from Egypt, were buried at Shechem.” The Yalkut Shimoni (35:5) as well as the Midrash Rabbah (Bereishis 85:3) ask why the pasuk says that the children of Israel brought Yosef’s bones from Egypt when in fact Moshe did so? They answer that Moshe had not completed the mitzvah. Therefore, the mitzvah was recorded in the names of those who did complete it. The Midrash Rabbah continues, that Moshe was not punished since he was unable to complete the mitzvah, as he was forbidden to enter the Land of Israel.

Obviously, our forefather Yaakov knew that he would not be alive long enough to complete the mitzvah of taking the cedar wood out of Egypt to construct the Mishkan. However, since the mitzvah was precious to him, he did as much as he was able to, by bringing the wood to Egypt.

We learn from our forefather Yaakov to fulfill mitzvos even when we must go out of our way to do them.
We also see that we should start doing a mitzvah even if we will be unable to complete it.
We should do that mitzvah lovingly, even when we know that the glory will be going to another person.