Light that Lamp Again and Again! 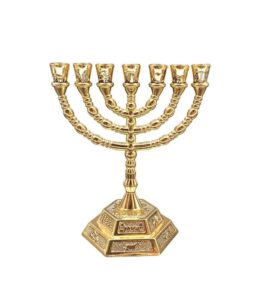 “And you shall command the Jewish People that they shall take for you pure, pressed, olive oil for light, to continually light the lamp.” (27:2)

Imagine if you had an offer for the opportunity of a lifetime. Hashem sent someone to ask you, “Would you like to donate some money for the Third Bais HaMikdash? It is 100% guaranteed to be built very soon.”

Which Jew would not grab this “golden” opportunity and donate as much as he could?

If Hashem’s representative made the same request the following day, I am sure that you would donate again. Perhaps even if you receive the same request a third or fourth time, you probably would still donate. What if the representative comes to you again and again? Would you still donate towards this holy endeavor on a daily or weekly basis? You probably would not be interested in continuously donating, even if you have the money to do so, since the request is so repetitive and costly. However, if you would stop to think for a moment, why wouldn’t you donate? It is for a holy cause beyond description!

This teaches us an understanding of human nature. If there is a mitzvah that is repetitive or costly, it is hard to fulfill it repeatedly. We may lose our enthusiasm for certain mitzvos. We should constantly review the value of each mitzvah and the opportunity that it provides us to be close to Hashem for eternity (which is a very long time). That might inspire us to feel that each time we are doing the mitzvah, it is as if it is the first time that we did it.

Furthermore, we see that the purpose of Hashem’s command to do these two mitzvos was to solve the afore mentioned problem. Merely the knowledge that Hashem had commanded us to do them, was enough to inspire and motivate us to fulfill them.

given to us by the Master of All. The mitzvos enable each of us to live the happiest and best possible life.