Clothes Make the Man-and the Woman! 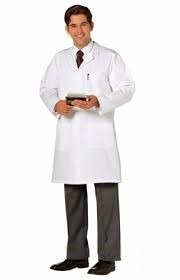 “Rivka took the garments of Esav, her elder son, [the garments] that were precious [to him] that she had in her house, and put them on Yaakov, her younger son.” (Bereishis 27:15)

The traveler was weary and hoped to get a hot meal from a kind-hearted person in the town. He noticed a beautiful mansion on the edge of town and was hopeful that he would get a meal there. He knocked on the door which was opened by the owner. When the homeowner saw the stranger in his tattered clothes and rags he said, “Sorry but we don’t serve beggars here.”  The traveler knocked on the door of another house where he was welcomed and served a hot meal. A few years later, Beryl, a wealthy and respected man came to town. All the townspeople wanted the honor of hosting him for a meal. They all begged Beryl to be their guest. The rich man who lived in the beautiful mansion at the edge of town begged him incessantly until he agreed to come to his home. The rich man was so happy. He was prepared to serve a sumptuous meal with many courses. During the feast, Beryl acted very strangely. During each course, instead of eating he put the food onto his clothes. Overcome by curiosity, the rich man finally asked Beryl why he was doing that. Beryl’s response taught the rich man a very important lesson. Beryl said that he had assumed the invitation to dinner was just for Beryl’s clothes and not for Beryl himself. After all, when Beryl visited this man a few years ago, wearing tattered clothing, he was not invited into the house. Now, that he was wearing fancy clothing he was invited. He was the same person and the only difference was the type of clothes that he was wearing, Thus, he said that he assumed the dinner invitation was just for his clothes.

Of course, the Torah knew this fact thousands of years before the scientific studies.

Our forefather Yitzchak wanted to bless his firstborn son before he died. He sent his first-born son, Esav, to hunt an animal, prepare a meal for him and then come to receive the bracha. Unbeknownst to Yitzchak, Yaakov rightfully deserved the bracha because he had previously purchased the birthright from Esav. The Ohr HaChaim (Bereishis 27:8) says that Rivka knew prophetically that Yaakov was the one who deserved the bracha. She prepared a meal for Yitzchak and told Yaakov to bring it and then receive the bracha for himself. She placed the skins of young goats on Yaakov’s hands and the smooth part of his neck in order that he should appear hairy like Esav. The commentaries explain why Yaakov was permitted and required to do this seeming subterfuge of pretending to be Esav to receive the bracha from Yitzchak.

Rivka then gave Yaakov Esav’s “precious garments” to wear. The Da’as Zekanim says that these garments had pictures of all the animals and birds in the world painted on it. The animals appeared to be alive. Whenever the wearer walked in the field, the animals were attracted to the pictures and approached the wearer, making them easy prey for the hunter. The Midrash (Bereishis Rabba 65:16) says that Esav had taken these garments from King Nimrod when he had killed him.

What did Rivka hope to gain by clothing Yaakov in these special garments of Esav? Yitzchak was blind and would not even see Yaakov’s attire! It must be that Rivka wanted Yaakov to feel as if he was Esav, since one’s clothing affects one’s thoughts and actions.

It seems from this Da’as Zekanim that had Yaakov not worn these special garments, his actions would not have been like those of Esav. Then, Yitzchak would have discovered that it was Yaakov. Yaakov’s mission of getting the brachos would have failed. Yaakov had a lot to gain by receiving the brachos. He also had a lot to lose if Yitzchak would have realized that he was not Esav. Yitzchak might have cursed him for attempting to misleading him. Yet, since Esav’s actions were so different than Yaakov’s, Yaakov’s mission would have failed had Yaakov not worn Esav’s special garments. Those garments made him feel like Esav and he was able to act accordingly.

We see how much our thoughts and actions are influenced by the way we dress.

That is why it is so important to dress as a Jewish man and a Jewish woman should.

I am left with a question. According to this, while wearing Esav’s clothes, Yaakov’s actions should have been just like Esav. Yet, when Yaakov came to Yitzchak (Bereishis 27:19), he spoke gently, “Please sit up”. When Esav came, he spoke gruffly, “Let me father sit up”. Furthermore, when Yitzchak questioned how Yaakov was able to come to him so quickly, Yaakov said that Hashem had sent him good fortune (Bereishis 27:20). Esav would not have invoked Hashem’s name. Those two comments of Yaakov almost caused his mission to fail as Yitzchak knew that Esav did not normally speak this way (see Rashi 27:21 and Bechor Shor on pasuk 26). Maybe you can say that although what you wear affects your thoughts and actions, perhaps it does not affect your speech. Possibly, since the way you speak is so much a part of who you are, that it is not fully affected by the way that you dress.  Therefore, it is so important to actively choose a refined manner of speech.