The Limitless Love that Hashem Has for Us 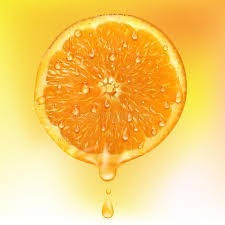 “Thus said Hashem: I recall for you the kindness of your youth … following Me into the wilderness, into a barren land (without food planted)” (Yirmiyahu 2:2)

This Shabbos, the Shabbos before Pesach, is known as Shabbos Hagadol, the Great Shabbos. One reason that it is known as the Great Shabbos is due to a great miracle that Hashem performed for us. Hashem had commanded the Jews to take a sheep on this Shabbos and tie it to their bedposts. (Shmos 12:3). This was to ensure that the sheep was unblemished, in preparation for it to be sacrificed four days later, on the eve of Pesach. The Jews were frightened.  How could they take a sheep, which was sacred to the Egyptians, and tell the Egyptians that in four days they would be sacrificing it? The Egyptians would surely stone them!  The Egyptians did want to harm the Jews. Hashem, in His loving kindness, performed a miracle and the Egyptians were powerless to harm the Jews.

When we showed our faith in Hashem, by tying the sheep to our beds, Hashem protected us.

When we left Egypt, we showed our total faith in Hashem by following Moshe and Aharon into a barren dessert, without enough food to survive. “Thus said Hashem: I recall for you the kindness of your youth … following Me into the wilderness, into a barren land (without food planted)” (Yirmiyahu 2:2). Because of that, Hashem felt such love for us, as a bride feels under her chuppah (Metzudas Dovid). The Radak explains that Hashem feels that same love for us now. Even though Hashem must punish us for our sins, we will not be destroyed, and our enemies will be punished. Rashi explains that Hashem longs to forgive us and show compassion to us, as soon as we repent from our sins.

Hashem’s love for us is endless. Hashem wants everything to be perfect for us, even the “small” things.

The pasuk tells us, “Today you are leaving in the month of Aviv” (Shmos 13:4). Rashi asks, why was it necessary for the Torah to say this, as we already know in which month Hashem took us out of Egypt?

Rashi explains, Hashem is pointing out His extra act of chesed to us.

What was the point of that extra chesed? Would that even have made a difference to the Jewish People?  We were enslaved for 210 years! The Egyptians had tortured us and had murdered many of our babies. Hashem freed us with great miracles. We would have been ecstatic to leave, even in the middle of the winter!

That extra chesed was important to Hashem. Hashem loves us so much that he wanted everything to be perfect for us. Even the weather had to be perfect. As Rashi states, it was at a time of year that wasn’t too cold, too hot or rainy. We are so lucky that Hashem loves us so much. Hashem has that same degree of love for us, even today. Hashem waits impatiently for us to repent from our sins, so that He can again shower us with total goodness.

I saw a beautiful illustration of Hashem’s kindness in Rav Pam on Chumash by Rabbi Sholom Smith. The Midrash (Bamidbar 34:2) quotes a story about a poor, starving man. He wanted to buy a small roll which cost ten cents, but he only had nine cents. Someone passed by and gave him a penny, enabling him to buy the roll. That food saved his life. Hashem said that the kind-hearted donor would be rewarded at a time when his soul would be about to depart from his body. Why would Hashem wait to repay his generosity right before he dies? Why not reward him sooner? The Dubno Magid, in his sefer Ohel Yaakov (Bamidbar 25:35), explains that the one penny made it possible for the poor man to buy a roll which calmed his hunger and extended his life. The poor man did not face starvation again for hours. With the one penny, the donor had extended the poor man’s life for that number of hours. Hashem stores those hours for a time that the donor truly needs them, giving him those extra hours of life. For example, the time right after a massive heart attack or serious accident is very critical. If the patient pulls through this dangerous period, he will often recover fully. Similarly, with great kindness, Hashem “saves” those hours of reward for a time that the donor desperately needs it. Those few hours can lead to many more years of life.

Rav Pam once developed a very high fever. He suddenly felt very weak and was about to faint.  A neighbor heard the commotion and ran into his house, holding a lemon. With his last strength, Rav Pam bit into the lemon and sucked-out the juice. The lemon temporarily revived him. When Rav Pam felt better, he recalled an encounter that he had about 25 years earlier. He had visited a friend in a nursing home when he passed a patient who was almost totally paralyzed. Rav Pam peeled an orange and put it into the man’s mouth, piece by piece. The man hungrily sucked the juice from the orange. His eyes conveyed his intense feelings of gratitude. Hashem had saved the reward for Rav Pam’s actions for 25 years, until he really needed it!

This week’s Haftarah is special for Shabbos HaGadol. It is from the prophet Malachi. It announces the final redemption (how timely). Hashem says that He will send Eliyahu the prophet one day prior to the arrival of Moshiach. Eliyahu will try to convince the people to return to Hashem with all their hearts before Moshiach’s arrival (Malachi 3:23-24).

May we once again show our total faith in Hashem. May we all return to Hashem wholeheartedly, bringing Hashem’s total compassion and total chesed back to us. May we then be blessed to see the arrival of Moshiach, speedily in our time.