Beauty is in the Eyes of the Beholder! 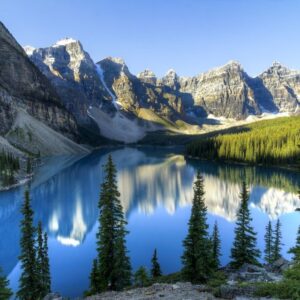 The Bombardier beetle has an extraordinarily impressive defense system. In its stomach there are two special storage chambers. Each of these chambers is filled with a different chemical substance. When the beetle is attacked, the chemicals combine. These chemicals must be kept separate and in a deactivated state. When they are mixed in the combustion chamber, they must be activated at just the right time, in the right amounts, and in the right way, or else the beetle will blow itself up. The beetle can release this incredibly dangerous spray in a series of tiny pulses that can reach up to 22 miles per hour! It fires between 368 and 735 pulses per second, to either side or to the front or back with a great deal of accuracy by adjusting the position of its lower abdomen, just like the turret of a tank. These chemicals reach as high as 212 degrees Fahrenheit! How could such a system evolve? Everything had to work right from the beginning, or no offspring would see the light of day to pass along the lucky discovery. Yet, Scientists still say, “The full evolutionary history of the beetle’s unique defense mechanism is unknown, but biologists have shown that the system could have evolved from defenses found in other beetles in incremental steps by natural selection”.  (Stanford.edu; Danny Lewis in Smithsonian mag.com; Spacecraft Earth by Dr Henry Richter)

One can believe the obvious, that there is a G-D who created and supervises the world. Or, one can try to dismiss miracles in a truly illogical way, as if they were merely naturally occurring events.

Rabbi Moshe Sofer, known as the Chasam Sofer, says that we are impressed by supernatural miracles, yet many people tend to dismiss the everyday miracles as simply being part of Nature. We should all be astounded when we see the perfection in tiny insects the size of the eye of a needle. We should be amazed that a small seed can produce a huge tree with branches and fruits.

The Talmud (Rosh Hashana 11A) says that although we left Egypt on Passover, the actual freedom started much earlier. On Rosh Hashana the decrees of labor ended, and the Jewish people were no longer subjected to merciless work. There were many Jews who did not understand that this was Hashem’s doing. They felt that it was just a coincidence or maybe a stirring of compassion on the part of the Egyptians.

The Talelei Oros says that this explains an oddity in the psukim. The first part of Hashem’s prophecy that He will remove the bondage from the Jews, makes no mention of a recognition that this was a miracle from Hashem. It was viewed by some as a “natural” occurrence. However, the next part of the prophecy that Hashem will take out the Jews with great wonders and miracles states, “And you will know that I am Hashem who freed you from under the burdens of Egypt”. Only after the miraculous exodus will the Jews realize retroactively that even the seeming natural events of the end of slavery was also miraculous.

We should stop to think how wonderous every facet of nature is. We will begin to realize how miraculous everything is. We will see the hand of Hashem everywhere.  This will draw us closer to Hashem and will encourage us to learn Hashem’s Torah and perform His mitzvos.