Special Current Events Issue – How To Act In These Troubling Times 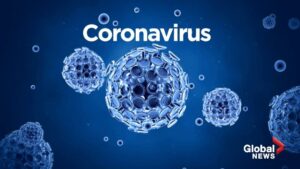 In last week’s parsha, Parshas Ki Sisa, Moshe went up to Mount Sinai to receive the 10 Commandments from Hashem. He didn’t return when he was expected to. The impatience of a few resulted in the making of the golden calf. Although very few people were involved in worshipping it, it became a stain of sin for the Jewish People as a whole. Rashi says that the Jews thought that Moshe had died atop the mountain. The Satan brought darkness to the world and said that Moshe was dead (Talmud Shabbos 89A).  The Jews did not believe the Satan until he showed them an image of Moshe’s coffin (Midrash 41:10). Hashem gave the Satan the ability to fool some Jews into believing that Moshe was dead. Why did Hashem give him such power? One explanation is that the Jews were on such a lofty level of holiness. To test them, Hashem allowed the Satan greater powers than usual.

In our current situation, shuls and yeshivos have closed. They are our lifeblood. Davening to Hashem and learning Torah are the hallmarks and power of a Jew. Why did Hashem grant the Satan the ability to close them? Perhaps we are currently in a period of tremendous holiness or potential holiness. If we strengthen our prayers, our learning, our kindness to others and our other mitzvos, perhaps we can reach that special level of holiness.  Perhaps the Satan was given extra power to try to combat that holiness. Who knows what greatness awaits us, as a People, if we pass this test?

We are experiencing unique events. How can we remain calm when many people are panicking? Is there anything special that we could and should do?

There is a famous poem that can also help to calm our nerves.

One night I dreamed a dream.
As I was walking along the beach with Hashem.
Across the dark sky flashed scenes from my life.
For each scene, I noticed two sets of footprints in the sand,
One belonging to me and one to Hashem.

After the last scene of my life flashed before me,
I looked back at the footprints in the sand.
I noticed that at many times along the path of my life,
especially at the very lowest and saddest times,
there was only one set of footprints.

This really troubled me, so I asked Hashem about it.
“Hashem, you said once I decided to follow You,
You’d walk with me all the way.
But I noticed that during the saddest and most troublesome times of my life,
there was only one set of footprints.
I don’t understand why, when I needed You the most, You would leave me.”

Hashem whispered, “My precious child, I love you and will never leave you
Never, ever, during your trials and testings.
When you saw only one set of footprints,
It was then that I carried you.”

A story is told about a man who travelled with Eliyahu the prophet. One evening, a very poor couple graciously invited them to stay in their home, overnight. They gave up their own straw beds to the guests and shared their meager rations. In the morning, Eliyahu thanked them. As he past their source of food, a solitary cow, Eliyahu whispered in the cow’s ear and the cow dropped dead on the spot. Eliyahu’s companion could not understand how Hashem could “punish” such a wonderful couple by causing their only source of food to perish. Eliyahu explained that we don’t understand the ways of Hashem. Hashem loves us and wants only good for us.  Eliyahu explained that their host’s wife was supposed to have died that day.  It was her time to pass on. Due to her kindness, Hashem took the life of her cow instead of her life.

If something “bad” occurs to us during these days of unique world events, perhaps it is Hashem’s kindness to save us from a worse fate.

The knowledge that nothing in this world happens by accident and the belief that Hashem loves us and only wants good for us will help us remain calm and feel happy in any situation.

Is there anything concrete that we can do that can to lessen the bumps in the road as we approach what is ultimately good for us?

The Jewish People have a very special gift and power called prayer. When we pray to Hashem with intensity and with our total heart, Hashem often performs untold miracles for us. Our Torah learning is another powerful tool of ours. It can protect us, as well as our fellow Jews, from harm. Acting with chesed, with kindness, is a hallmark of the Jewish People. Our acts of kindness to each other helped the Jews in Egypt merit salvation and can help us merit our future and ever-lasting salvation. Restraining from speaking negatively about others, not speaking loshan hara, gives us untold merits. including benefitting from the special light that Hashem created during the Six Days of Creation and hid away for the future Tzadikim to benefit from.

Our actions elevate and protect us as well as the entire Jewish People.
Let’s pray with greater intensity, learn a little extra Torah, do an extra act of kindness, and try to refrain from negative comments about others. Let’s always remember that Hashem plans everything that happens to us and that Hashem loves us so much!