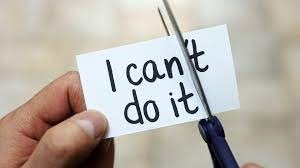 It was in the middle of WWII. The rumor was that a person could hire Johan as a guide to help them escape from the Nazis. Reuven sent a message to Johan that the Nazis were looking for him and that he needed to escape in the next day or two. Johan sent back the message that it was currently too dangerous since the Nazis started patrolling the regular escape routes. Reuven replied with the message that he would pay double the usual amount. After thinking about it for a while, Johan agreed to help. Why did Johan change his mind? The extra money that was offered motivated him to figure out an alternative escape plan that he had not thought of previously.

As our forefather, Yaakov, was aging he wanted to prepare for his death. He asked his son, Yosef, to bury him in Maaras Hamachpela, in Eretz Yisroel. Yosef agreed. Thereupon, Yaakov asked Yosef to swear to do so, which he did.

The Ramban (Bereishis 47:31) says, obviously Yaakov did not suspect that his righteous and beloved son, Yosef would disobey his command and renege on the matter to which he had agreed. If so, asks the Ramban, why did Yaakov ask Yosef to swear to it?

The Ramban gives two answers. Firstly, Yaakov wanted to strengthen Yosef’s position on the matter with Pharoah. When he would be asked, Pharoah may refuse Yosef permission to go, telling him to send his brothers instead. Or perhaps Pharoah would want Yaakov to be buried in Egypt. Since Yosef swore to it, Pharoah would not ask Yosef to violate that oath. Ramban and Rashi (Bereishis 50:6) say that the only reason that Pharoah did permit Yosef to go was because of the oath. Pharoah was afraid to tell Yosef to ignore the oath because Pharoah was afraid that Yosef would then ignore the oath that Yosef had made to him a long time before. Pharoah knew all 70 languages. Yosef knew one additional language, Hebrew. Yosef swore to Pharoah that he would not reveal to the Egyptians that he knew one more language than Pharoah.

The Ramban’s second answer was that the purpose of the oath was to make Yosef work harder to fulfill Yaakov’s request.

Rav Henach Leibowitz zt”l questions the Ramban’s second explanation. Did Yosef need the extra motivation of the oath to expend any extra effort to ensure that Yaakov was buried in Israel? Wouldn’t Yosef do anything and everything to fulfill his father’s request without the oath? After all, Yosef had such love and respect for Yaakov. When Yosef was still at home, Yaakov had asked him to travel to see how his brothers were doing. The brothers were shepherding their cattle in Shechem. Yosef’s response to his father was, hineni, here am, I ready to help (Bereishis 37:13). The Ramban (Bereishis 37:14) says that the brothers were a great distance away. Furthermore, Yosef knew that they hated him. Yet, that did not deter him from rushing to fulfill his father’s request. Certainly, Yosef would run to fulfill his father’s final request. Thus, why was an oath necessary to urge Yosef to try even harder?

Rav Leibowitz zt”l learns a very insightful lesson from this. Yaakov feared that there may be factors beyond Yosef’s control which would understandably prevent him from fulfilling Yaakov’s request. Yaakov made Yosef swear to give him even extra motivation. That motivation would infuse Yosef with new, additional strength which would then enable him to do what he previously felt that he was unable to. Perhaps that extra motivation would cause Yosef to “dig deeper’ to figure out a novel solution to the problem.

We find a similar lesson in sefer Shmuel II (perek 21) which is discussed in depth in the Talmud (Yevamos 78B-79A) and the Midrash Rabbah (Bamidbar 8:4). There was a famine in the Land of Israel for three years. To find out the reason for the famine, King David inquired from Hashem by means of the Urim VeTummim, the stones embedded in the Kohain Gadol’s breastplate. The answer was, that it was the result of two sins. One sin was a wrong done to the Givonim, a nation that had supposedly converted to Judaism. King David was forced to right the wrong done to the Givonim by hanging seven children of the late King Shaul without burying them for many months (Sadly, this was necessary to correct the chilul Hashem. It ended up creating such a kiddush Hashem that 150,000 people converted to Judaism).

When King David heard about the unbelievable selfless dedication of Rizpah, he was motivated and energized. He heard about her chesed which went above and beyond the ordinary. He decided that certainly he, as King of Israel, should also do chesed above and beyond the ordinary. Therefore, King David brought the bones of both King Shaul and his son Yonatan from outside the Land of Israel. He commanded them to carry King Shaul’s casket from tribe to tribe. According to the Eitz Yosef, they also eulogized King Shaul. As King Shaul’s casket entered each tribe’s territory, all the men, women and children came out to perform an act of loving kindness to King Shaul and his sons. Afterwards, King David buried their bones in the territory of Binyamin, in the family plot where King Shaul’s father was. Once Hashem saw that they did an act of loving kindness to King Shaul and fulfilled the judgement of the Givonim, Hashem immediately sent rain upon the land (Midrash Rabbah (Bamidbar 8:4)).

Rabbi Henach Leibowitz zt”l asked how it was possible for such a tzadik as King David to initially be even minimally “lazy” by not according the full, proper honor to King Shaul, especially if it was a cause of the famine. That does not make sense. King David must have wanted very much to correct this wrong. However, he felt that it was too late and couldn’t be corrected. Hearing about Rizpah’s total and selfless dedication, motivated King David to such a degree that he realized that indeed he could still accord the proper respect to King Shaul, which he then did.

We see the importance and value of added motivation. That motivation can come from someone else or even from within ourselves. One may think that something is not possible.

However, with extra motivation, one can often find a solution and make it happen.