Sometimes, The Best Defense is…! 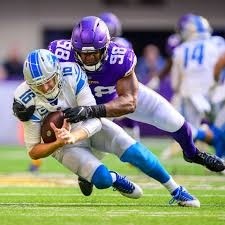 “Hashem put Avraham to the test… Take your son, your favored one, Isaac, whom you love, and go to the land of Moriah, and offer him there as a burnt offering.” (Vayera 22:1-2)

Christian missionaries take various psukim out of context and/or mistranslate them to seemingly prove that their religion is genuine. They use that to try to convert Jews to Christianity. The best advice is not to debate with them. They are trained to misrepresent the truth. By conversing with them, one allows them to potentially cast false doubts where none should exist.

“I was born into an Evangelical family. As a teenager I was trained as a missionary to my peers, and I was very good at it. The Orthodox Jews who I would encounter would make fun of me and it was clear that I was going to have to learn a lot more than just the verses I had learned to convert them, that I was going to need to really know my Bible. When I was learning the entire chapter and all the surrounding verses or the entire book, things really started falling apart and I felt stupid. I went to my teachers with my questions, and they couldn’t explain it to me. My next plan was to learn the Jewish response to missionaries. Then I’ll learn to debate them and reach them. I found a rabbi who had lessons on-line. I started doing those, then my whole world fell apart. Everything I believed was wrong; the Jews were right”. (Shannon Nuszen: From Missionary to Observant Jew by Walter Bingham, Jerusalem Post)

Our forefather, Avraham, passed all the ten difficult tests that Hashem had given him. The most difficult test was when Hashem asked him to offer his son, Yitzchak, as a sacrifice. Ever year during Rosh Hashana and Yom Kippur, we invoke the memory of the akeida. We ask Hashem to forgive us in the merit of our forefather, Avraham, who was willing to listen to Hashem and sacrifice his son, Yitzchak.

The Satan knew that if Avraham would pass this test, it would be exceedingly special in Hashem’s eyes. Therefore, the Satan tried to discourage Avraham, using numerous, strong emotional and logical arguments.

The Midrash Rabba (Bereishis 56:4) quotes the Satan’s attempts. As explained by the Yefe Toar, the Satan tried to convince Avraham that Hashem did not actually speak to him. Rather, it was just a dream. After all, it was not logical to say that Hashem had commanded Avraham to sacrifice Yitzchak. Furthermore, the Satan said, “You are going to slay a son given to you at the age of one hundred?!” Hashem performed a wonderous feat by giving Avraham a child at the age of 100. How could he think that Hashem wanted him to kill his son? Avraham’s potential action would not make any sense. Hashem couldn’t have asked him to do this.

The Satan continued by saying that even if Avraham were to pass this test, Hashem would then give him a harder test. “And if Hashem sets you an even greater test, can you stand it?!” The Yefe Toar explains, “If Hashem would ask you to kill yourself, would you be able to do it?” You probably won’t, so why listen to Hashem’s command to sacrifice Yitzchak?

Then the Satan said, “Tomorrow, Hashem will tell you that you are guilty of murder, for murdering your son”. The Maharzu adds another element to the simple understanding of the Satan’s words. He explains that the Satan was telling Avraham that he had spent his entire life trying to bring people close to Hashem. Avraham had preached that Hashem was a loving G-D who did not want human sacrifice, as some of the idolatrous practices did. People will now say that Avraham, too, is sacrificing his son to his G-D! This action would defeat Avraham’s life’s work!

To each presentation of seemingly irrefutable logic, Avraham gave the same reply. “Al menas kain”. “I am doing it anyway”.

The Yefe Toar says that Avraham was totally convinced that this was what Hashem had asked of him. He was certain that this was a prophecy from Hashem and not just a dream. Even though Avraham did not understand the reason or logic, he was going to do it anyway. Avraham did not debate the Satan and try to disprove his arguments. Merely having a discussion may have caused doubts to enter his mind. Since Avraham was certain, he did not get into a discussion. He simply replied to each of the Satan’s arguments “I am doing it anyway”.

The Satan is always conniving different tricks to deter us from serving Hashem. Sometimes, the best defense against him is not to fight him. Ignore him! Tell yourself you know that this is what you must do. Avoid a discussion with the Satan who will try to dissuade you or to sow doubts in your mind.

As circumstances change, at times, one must re-evaluate his decision. However, if one is convinced that he is still correct and is fulfilling Hashem’s will, he must proceed, ignoring the Satan’s arguments. If one is truly acting for the sake of Hashem, Hashem will help guide him in the proper way.

Avraham’s response of “I will do it anyway” can be a powerful tool helping us fulfill mitzvos. For example, if one is taking care of an elderly parent, there are many challenges that can arise. Those challenges could cause one to feel that it’s now too difficult to continue taking care of the parent. However, if a person knows that he is doing the right thing, he can respond to the challenges by saying, “I will do it anyway”, with added support (both emotional and physical), as needed. He can even prepare himself before the challenges arise by telling himself in advance, “I will do it anyway” and I will get added support, as needed. This way, when challenges do come, they will not be too overwhelming. He will be able to manage them, with the help of Hashem. This will give him a rewarding feeling, knowing he is doing the best that he can, for as long as he can.