It Is an Honor to Serve You! 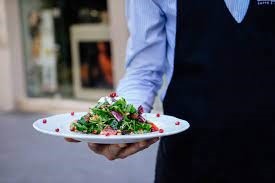 “I will get a piece that you may sustain yourselves … since you have passed your servant’s way….” (Bereishis 18:5)

Yitzchak was certain that his car had made it across the intersection before the light had turned red. He was so sure that he was determined the fight the ticket that he had received. Since he did not want to miss work, he made an early appointment to have a hearing. He was the first to arrive in the hearing room. He expected to be called on first, so he took a front row seat right near the judge. As the room filled-up it seemed that many people had come to appeal tickets that they had received from the same policeman who ticketed Yitzchak. The judge, an elderly black gentleman, started the proceedings. To Yitzchak’s surprise and annoyance, the judge did not call him first. The judge skipped over him and listened to the cases of all the others. Everyone was found guilty. After waiting for an hour, an exasperated Yitzchak was finally called. As soon as he stated his case, the judge motioned for the police officer to leave the room. Then the judge shut the tape recorder. The only ones left in the room were Yitzchak and the judge. Yitzchak was confused and very nervous. Something very strange was going on. Then the judge leaned forward and said, “I will take your word for it.” Yitzchak was confused. Then the judge asked Yitzchak, “Don’t you recognize me?” Yitzchak took a close look at the judge and then remembered what had taken place about 4 years earlier. It had been close to 11 PM and Yitzchak was driving home. It was a snowy night and driving was very difficult. As he was driving, Yitzchak noticed an elderly black gentleman struggling to push his car off the road. Yitzchak stopped his car and got out to help the man. Together, they pushed the car into a parking spot. Afterwards, Yitzchak drove the man to a bus stop. The man was not expecting to take a bus home and did not have the exact change needed for the fare. Yitzchak reached into his pocket and gave the man the change. The man was amazed at the kindness that Yitzchak had shown him. The judge continued. “I was waiting for the day when I would meet my Jewish friend. I will never forget the kindness that you had shown me.” Anyone who is so good and kind is surely trustworthy. Your ticket is dismissed!

Our forefather, Avraham, just had his bris mila. However, he was sad that travelers were not passing and he was unable to welcome guests. To make Avraham feel happier, Hashem sent him 3 guests; angels who looked like Arabs. Avraham ran to greet them and offered them hospitality. He said that they should remain to eat and rest before leaving, “since you have passed your servant’s way….”  (Bereishis 18:5) Rashi explains that Avraham asked them to please stay, “because you have passed by me, out of respect for me”. Avraham truly felt that these travelers showed him honor by coming to his home.

How was their passing by Avraham’s house showing him honor? The masses considered Avraham to be a prince of Hashem, an extra special personage. The travelers appeared to be Arabs who worshiped the dust of their feet. Was it truly an honor for someone as great as Avraham to have such lowly people to pass by his home?

Apparently, the answer is, yes! Avraham felt that it was an honor for him to invite them in and serve them himself! Avraham understood that every human is created in the image of Hashem. Therefore, every person is considered distinguished.

The Talmud (Yevamos 76b) says that a man from the nations of Amon or Moav may never marry a Jew. The Torah says (Devarim 23:4-5) that they did not have the common decency to offer the Jews food and water when they were in a state of exhaustion upon leaving Egypt. This prohibition did not apply to the females. Females from these nations may marry a Jew. They were not held accountable. Since women are supposed to be modest, they were not expected to go out in public, offering food and water to the men. Obviously, these women had these feelings of modesty somewhere deep inside them, otherwise they too would have been held accountable for not coming to offer the Jews sustenance.

If there is greatness within non-Jewish people from less noble backgrounds, how much more greatness is there within every Jew.

Every human has inherent greatness because they were created in the image of Hashem. Therefore, every person deserves our respect. The greatness of a Jew is even greater.

We certainly should show great respect to every Jew.

(Based on a dvar Torah by Rabbi Henach Leibowitz zt”l,

as recorded in Chidushei Halev by Rabbi Binyamin Luban)