If You Find a Fly in the Wine, Don’t Do This! 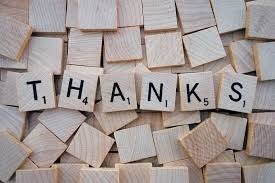 “And the Wine Steward did not remember Yosef and he forgot him.” (Bereishis 40:23)

Rabbi Shaya Greenberg moved into a small town in Ontario, Canada to take the position of rabbi of the Orthodox shul. He realized immediately the need to build a new, beautiful shul to encourage new members to join. To accomplish that, Rabbi Greenberg needed a bank loan. He set up a meeting with the local banker, Mr. Jack O’Brian. Mr. O’Brian listened to the rabbi’s presentation and then asked a strange question. “Rabbi Greenberg, what denomination of Jews is your place of worship affiliated with?”  Rabbi Greenberg was taken aback at this seemingly irrelevant question. He replied, “Orthodox.” Mr. O’Brian responded that he was approving the loan for as much money as was needed. Rabbi Greenberg was stunned at how easy the meeting had gone. When all the paperwork was signed and the loan was approved, Rabbi Greenberg asked Mr. O’Brian why he was willing to grant such a large loan without even knowing him. Mr. O’Brian said that as a child, he was a young orphan. His mother worked hard to pay the monthly expenses, but she did not always succeed. Some days, the only food they had to eat was stale bread, cereal, and noodles. One day, the local grocer, an Orthodox Jew, told Mrs. O’Brian to take whatever food that she needed and whenever she needed. He trusted her to pay him back, whenever she could, without a time limit. Mr. O’Brian continued, “It was that wonderful and sincere offer of assistance that showed me what kind of people you Orthodox Jews are. Knowing that someone cared enough to offer help, pulled us through.” (One Small deed Can Change the World by Nachman Seltzer)

Two of Pharoah’s personal servants were thrown in jail for crimes against the king. The Chief Baker gave the king a loaf of bread that had a pebble inside. The Wine Steward gave the king a cup of wine that had a fly in it. Yosef, who himself was imprisoned, was appointed in charge. One morning, Yosef noticed that they looked agitated and sad. Yosef asked them why they looked so sad. They said that they had troubling dreams. Yosef offered to interpret the dreams for them. Yosef interpreted the Wine Steward’s dream in a very positive light. The Ramban (Bereishis 40:15) says that this positive interpretation gave happiness to the Chief Baker, who then told Yosef his dream. If the Chief Baker felt joy, imagine how happy the Wine Steward must have felt. Yosef’s interpretation gave him a new lease on life. His sadness was turned to joy when he heard that Pharaoh would reinstate him to his former position. Yosef asked the Wine Steward for a small favor, to tell Pharoah that Yosef was unjustly imprisoned.

HaRav Alter Henach Leibowitz zt”l questions why it was necessary for the Wine Steward to busy himself with different actions in order to forget Yosef’s favor to him. Wouldn’t it have been enough just to remain silent and not help Yosef by not speaking to Pharoah on his behalf? Why was it necessary to do actions to help him actively forget Yosef’s kindness?

HaRav Alter Henach Leibowitz zt”l explains that the Wine Steward wanted to forget Yosef’s kindness. He did not want to mention Yosef to Pharoah, either because it would not benefit him or because he was a rasha, an evil person. However, he understood that he was obligated to help Yosef. He felt a natural hakaras hatov, an appreciation for Yosef’s having interpreted his dream and having put his mind at ease. These were conflicting emotions within him that were causing him pain. The understanding of his obligation to show appreciation conflicted with his desire not to help. To resolve this conflict, he actively removed Yosef from his mind.

We have an inborn, natural emotion to feel appreciation for a kindness that one does for us.

If we suppress that emotion, we feel internal turmoil.

Instead, we should appreciate everything that is done for us and look for opportunities to show our appreciation.