Do You Approve? I Hope So! 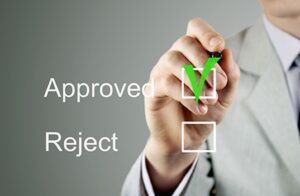 “I pity you, o king! You are afraid of flesh and blood people like yourself.” (Midrash Eichah 1:50)

Batsheva was a second grader. She had just gotten a new pair of glasses. A few girls made fun of the glasses. Batsheva never wore them again. She felt uncomfortable because she needed the approval of her peers.

Nebuchadnezzar was the fierce Babylonian King who destroyed our first Bais Hamikdash. The Talmud (Shabbos 149B) quotes Rabbi Yochanan who said, “All of the days of the life of that wicked man, laughter could not be found in the mouth of any creature”.  Apparently, Nebuchadnezzar was a midget. As powerful and fierce as he was, he needed the approval of his subjects. If anyone dared to smile, he was suspected of making fun of the king’s height and was killed.

There are many poignant stories of Jews giving up their lives, dying al kiddush Hashem, for the sanctification of Hashem’s name. One of the most poignant, took place in the Chanukah story.

During the period of the Second Temple, the Syrian Greek King Antiochus removed the vessels from the Beis Hamikdash and made it into a pagan temple. He issued decrees against the Jews, prohibiting the observance of Shabbos, Rosh Chodesh, bris mila, kashrus, and Torah learning. Many Jews clung to their religion and were killed. Chana and her 7 sons were captured. (The Maharzu quoting Yossipon in Midrash Eichah) Antiochus tried to convince the children to abandon the Torah. When they refused, he demanded from the oldest to the youngest, that they bow down to an idol. Each child remained faithful to Hashem. Each child quoted a different pasuk, declaring his belief in Hashem. Each child was horribly tortured and killed, giving up his life rather than forsake Hashem and the Torah. Even watching the terrible mutilation and torture of the older brothers did not cause the younger brothers to weaken in their faith. All the while, Chana maintained her composure, while reciting tehillim. King Antiochus was crestfallen that a woman had bested him by inspiring her sons to die al kiddush Hashem. The remaining boy was only two and a half years old. Antiochus tried to persuade him to bow to an idol, by promising him a high position in his government, as well as riches of gold and silver. The boy refused. The king asked the boy’s mother to try to convince him to bow to the idol, to save him from death. Chana took her son aside, infusing him with courage to stay faithful to Hashem. When the king called the boy and he again refused to bow, he was tortured and killed. According to the version in the Talmud, Antiochus told the young child that he would throw his signet ring on the floor. When the youngster would bend down to pick it up, he would not actually be bowing to the idol, but the onlookers would think that he was. The youngster responded, “I pity you, o king! You are afraid of flesh and blood people like yourself. Shouldn’t I fear the Holy One, Blessed is He, the G-D of the world?!” Before the youngster was taken to be tortured and killed, his mother kissed him and gave him a message to deliver to our forefather Avraham. “You [Avraham] bound one son [on an alter]. I bound 7 sons who were all killed on one day!” The heroism of Chana and her sons inspired many Jews to remain faithful to Hashem.

(Based on Talmud (Gittin 57B), Midrash Eichah (1:50), and Yossipon (chapters 18-19) as well as Chanukah, Its History, Observance, and Significance by Rabbi Hersh Goldwurm and Rabbi Meir Zlotowitz)

Rabbi Alter Henach Leibowitz zt”l points out that we see a key insight in human behavior from the words of the youngest child. Antiochus was a powerful king who could have anyone killed whenever he wanted. He had already shown to all the onlookers his absolute power when he had these children tortured and killed. The onlookers were probably terrified of Antiochus. Then why was Antiochus afraid of them? Why did he try to encourage the youngest child to follow his ruse, making it appear as if he was bowing when in reality, he was only picking up the king’s ring?

Rabbi Alter Henach Leibowitz zt”l explains, even the most powerful person still has the need for the approval of others. He cares about, and is even afraid of, what other people think of him.

We have the need for the approval and respect of others. That can present a problem if that need causes us to act in a manner contrary to the Torah. Throughout history, there have been some Jews who felt the need to gain the approval and respect of their non-Jewish neighbors. That need led them to forsake the Torah. It also had the opposite effect of what they intended. Initially, they may have gained their neighbor’s approval.  However, it eventually led to their being disrespected and targeted by anti-semitism.