The Power Is In Your Hands! 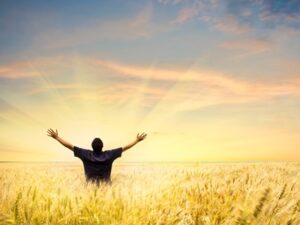 “When Rochel saw that she had not borne Jacob any children…and she said to Jacob, “Give me children, or I shall die.” (30:1)

Nosson and Leah had been married for many years. Hashem had not yet blessed them with children. They went to many doctors and tried different procedures, but to no avail. Finally, the doctors told them the bad news. The doctors had tried everything that they could. They told Nosson and Leah that they would never have children. When they came home, Nosson and Leah broke into tears. They had always davened to Hashem to bless them with a child. However, at the same time they also had hope in their doctors. Now that the doctors had given up hope, Shmuel and Leah knew that their only salvation could come from Hashem. They davened to Hashem with a new intensity that they had not had before. One year later, they had a child.

Sefer Shmuel (Shmuel l 1:1-9) tells of the story of Elkanah and his two wives, Chana and Penina. Penina had many children whereas Chana had none. Every year the family went to the Mishkan (Tabernacle) in Shilo [This was before the Bais HaMkidash was constructed] to bring karbanos (sacrifices) to Hashem. One year, after seeing Chana’s sadness, her husband, Elkanah, told her not to feel sad. “…Am I not better to you then ten sons?” That loving comment hit Chana “like a ton of bricks”! According to the Malbim, until this loving comment, Chana had always relied on the prayers of her righteous husband, while the karbanos were sacrificed, to ask Hashem that she have a child. With this comment, Chana realized that her husband had given up hope of Hashem blessing her with a child. At that moment, Chana resolved to daven herself. With a heavy heart and much tears, she silently poured out her prayers to Hashem. The next year, Chana had a child, Shmuel who grew up to be a great prophet of Hashem.

In this week’s parsha, Yaakov’s wife Leah already had many children while Rochel had none. She pleaded with Yaakov to daven to Hashem to give her children. Yaakov responded that it was not up to him but up to Hashem if she would have children. According to the Ramban, when Rochel saw that she could not rely on the prayers of Yaakov to have children, she realized that she would have to daven for herself. Her fervent prayers were answered, and she gave birth to two children. (Pasuk 22 says that Hashem listened to her prayers).

We all have various challenges in life. We see from here that the best hope for salvation is to daven for oneself, recognizing that only Hashem can help us in our time of need. By pouring out our hearts in fervent prayer, tearfully asking Hashem for mercy, our prayers can penetrate the heavens. May Hashem always answer our heartfelt prayers in the way that is best for us.