I am a Jew and I am the Winner! 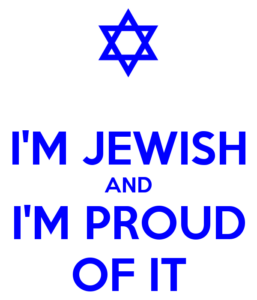 “And Yaakov rose up from Be’er Sheva and the sons of Yisroel carried Yaakov, their father…”. (46:5)

Despite the Nazi’s attempts at dehumanizing the Jews so many Jews retained their nobility. They shared their meager rations with others who were more desperate than they were. They also practiced whatever mitzvos they could even at the risk of their lives. Even the questions that they asked showed their nobility. In Auschwitz a man asked a fellow prisoner, Rabbi Tzvi Hirsch Meisels, a question that shows how special a Jew can be even when he is in wretched circumstances. This man’s son was marked for execution. He wanted to know if he was permitted to ransom and free his son if that meant that another Jewish child would be murdered in his son’s place.

One morning, as Judah Wallis was putting on tefillin, a German officer unexpectedly appeared. He ordered him to remove the tefillin. At the roll call, in front of thousands of silent Jews, the officer called out to Judah and said, “Dog! I sentence you to death by public hanging for wearing these.” Judah was placed on a stool and a noose was placed around his neck. Before he was hanged, the officer said in a mocking tone, “Dog, what is your last wish?” “To wear my tefillin one last time,” Judah replied. “The officer was dumbfounded. He handed Judah the tefillin. As Judah put them on, he saw many of his fellow Jews crying. Impulsively, he called out, “Fellow Jews, I am the victor. Don’t you understand, I am the winner!” The German officer was infuriated. He said to Judah, “You dog, you think you are the winner? Hanging is too good for you.” [Judah Wallis survived the war] (A Holocaust Love Story by Rabbi Yosef Wallis)

Yaakov was ready to leave Eretz Yisroel to go to Egypt to see Yosef. “And Yaakov rose up from Be’er Sheva and the sons of Yisroel carried Yaakov, their father…”. The Sforno questions why he is called by both of his names, Yaakov and Yisroel, in the same pasuk. The Sforno answers that Yaakov’s sons prepared their mental state before going into exile and servitude. They went down to Egypt with the attitude that despite their going into exile, they were still Bnei Yisroel, the chosen nation of Hashem and would retain their nobility over others. Normally, the realization of exile and servitude would be demoralizing and depressing and would weaken one’s resolve. However, Yaakov’s sons went with a determination to maintain their positive mood and feeling that they are the Chosen People. This gave the Jews the ability to maintain their strength under the worst conditions.

Perhaps this feeling of strength and nobility helped the Jews retain their identity as Jews, during their Egyptian servitude, as they did not change their names, language, or manner of dress. The pasuk (46:8) says, “These are the names of the children of Israel coming to Egypt”. Rashi explains that the present tense is used because this pasuk details the events that were currently taking place. Based on this, Rabbi Moshe Feinstein (quoted in Sefer Talelei Oros) questions why the first pasuk in Shemos also uses the present tense even though it is detailing events that already took place. He answers that the present tense in Shemos teaches us a lesson about the conduct of the Jews in Egypt. Instead of learning from ways of the Egyptians, the Jews maintained their own standards and values. It was as if they were just coming, as if they just arrived, with their identity still intact.

A Jew can still maintain his nobility as a Jew even in the most desperate of situations. He can retain his identity and morality and know that he is a special member of Hashem’s People.