You May Have Won the Battle, but You Lost the War! 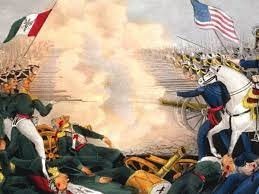 “Then Yehudah approached him and said, ’If you please, my lord, may your servant speak a word in my lord’s ears and let not your anger flare up…’”. (Bereishis 44:18)

A wealthy man passed away, leaving most of his money to one son. The daughters and their families felt resentment at their brother. The brother reasoned that this was his father’s decision so why should he change it. A machlokes, an argument, ensued with the family. At that point, the brother knew that he had to decide. Would he keep all the money and have the family divided and angry at each other or would he share the money and keep the family close? The brother chose to stop the machlokes and reunite his family who had been very close. He gave up 7 million dollars! Nevertheless, he was happy that his family was reunited. As a footnote to the story, later that year, the brother made a business deal that netted $7 million dollars in unexpected profits. Keeping shalom, peace, keeps Hashem’s Holy Presence in our midst and that brings blessing. (Chofetz Chaim Heritage Foundation Shabbos Menu Newsletter, as heard from Rabbi Dovid Ashear)

Our forefather Yaakov asked his sons to return to Egypt a second time, to purchase more food. Yehudah said that they were warned by the Egyptian in charge that they may not return unless they brought their younger brother, Binyamin. Yehudah said that he would take sole responsibility and personally guarantee Binyamin’s safe return to Yaakov. The Bchor Shor (Yosef ben Yitzchok Bchor Shor, one of the Baal Tosfot and student of the Rabbeinu Tam) says that Yehudah told Yaakov that he would protect Binyamin from the heat and cold, from wild beasts and robbers and would even sacrifice his own life if necessary. With that guarantee, Yaakov agreed to send Binyamin down to Egypt.

The brothers went and bought food. Right before they left, Yosef had his servant place his silver goblet in Binyamin’s sack. When the brothers left Egypt, they were stopped and searched. The cup was “found” in Binyamin’s sack and Binyamin was going to be taken as a slave, as a punishment. The brothers were not happy with this turn of events and returned to Egypt with Binyamin.

When they approached Yosef, Yehudah came forward. The Midrash Rabbah (Bereishis 93:6) says that he approached Yosef with thoughts of prayer, to placate Yosef, and for battle. If necessary, he was ready to battle Yosef and all of Egypt. While he was talking back and forth with Yosef, the other brothers stayed off, on the side. They realized that this was a tense moment with two kings, Yosef and Yehudah, verbally sparring. At one point, Yehudah screamed, a shout that was heard at 400 parsaos away. Chushim ben Dan who was hard of hearing and lived in Canaan (Israel) heard the scream and swiftly came, ready to join in a battle against all of Egypt. Yehudah became very angry at Yosef. The Midrash Rabbah (93:7) says that there was a physical manifestation of his anger.  A hair or two would protrude from his chest and rip through 5 layers of his clothes. When Yosef saw Yehudah’s anger, he kicked a stone pillar, smashing it into little rocks, showing Yehudah that he too was very strong. The Midrash Rabbah (93:8) says that at another point, Yehudah designated each brother, to battle and wipe out a different area of Egypt. The situation became very tense. When Yosef saw that Yehudah’s anger was increasing and that he was at the point where he was actually ready to destroy Egypt, he backed down and revealed his identity.

The Midrash Tanchuma (Vayigash 3) applies the following pasuk to the verbal confrontation between Yehudah and Yosef. It says in Mishlei (16:14), ”The king’s wrath is a messenger of death, but a wise man can appease it”. The wrath of a king refers to Yehudah, and a wise man will pacify it alludes to Yosef. Yosef showed wisdom by backing down.

Rav Henach Leibowitz zt”l posed a very insightful question. Why was Yosef being praised for having the wisdom to back down when he saw that Yehudah was ready to destroy Egypt? Wisdom isn’t required for that. It’s obvious that one should back down, to save the entire country! Rav Leibowitz zt”l answers that when a person is in the midst of a heated argument, it is not easy to back down, even if it makes sense to. It was only due to Yosef’s tremendous wisdom and foresight that he was able to do so.

When in the midst of a disagreement or argument, it is very difficult to admit guilt or realize that it is time to end it. A person can be so emotionally involved that he is unable to back down,
even if means that he will lose something important to him.
From Yosef we see that although it is very difficult,
it is possible to back down from an argument and once again be at peace.