Don’t Cut “Your” Other Hand! 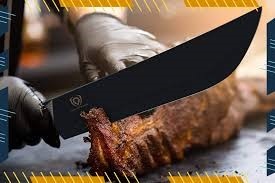 “When a man among you bring an offering to Hashem…you shall bring your offering.” (Vayikra 1:2)

The Jerusalem Talmud (Nedarim 9:4. See the Pnei Moshe) discusses why one should not take revenge if another person harms him. The Talmud says, imagine you were cutting meat with your right hand, using a very sharp knife. The knife slipped and cut the left hand. Would anyone think that you would take revenge on your right hand by cutting it also? Of course not!

Both hands are part of the same body! If we can understand that all the Jewish People are considered as one body, we wouldn’t feel the need to take revenge.

The realization and understanding that all Jews are part of one body, is a very important concept!

There is a glaring question on the first pasuk of the Parsha. The pasuk begins in the singular, “When a man brings an offering” and ends in plural, “you shall bring your offering”. Why is there a change in tenses?

HaRav Moshe Sternbuch, in his sefer Ta’am Vada’as (as quoted in Yalkut Lekach Tov by Yaakov Yisroel Beifus) gives a beautiful answer. When a Jew sins, he harms more than himself. His actions affect all Jewry. This concept is found in the Midrash Rabba (Vayikra 4:6). Chizkiyahu taught (Yirmiyahu 50:17): “Israel are scattered sheep.” Why are Israel likened to a sheep? When a sheep gets hurt in one spot of its body, its entire body feels it. It is the same with Israel. When one Jew sins, all Jews feel it and are hurt by it.

When the sinner brings a korban, a sacrificial offering to Hashem, and corrects his sin, he becomes uplifted. In doing so, he uplifts all Jewry with him. To teach us this, the pasuk begins in the singular. The sinner repents and achieves atonement with his offering. His action purifies the entire congregation. Therefore, the pasuk concludes in the plural.

We see that all Jews are inextricably linked. The sin of one individual affects all and can result in punishment to all. Conversely, a mitzvah done by one Jew, brings blessing to the entire nation.

We are more than One Nation. We are One Body!

This realization will help us withstand the temptation to retaliate when another Jew harms us.

This understanding will also help us to be aware of the significance of all our actions, both bad and good.

Each of our individual deeds impacts “the rest of our body”, namely all the Jewish People.