You Have A Golden Opportunity! 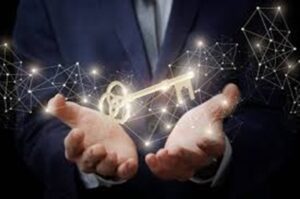 “And Hashem called to Moshe and Hashem spoke to him from the Tent of Meeting, saying.” (1:1)

The Midrash (Vayikra 1:6) brings a parable:

A king commanded his servant to build a palace for him. The servant wrote the king’s name on everything that he constructed. He wrote the king’s name on the walls and pillars and the ceilings that he made. When the servant completed constructing the palace, the king entered it. Everything that the king saw had his name on it. He felt special that his servant showed him so much honor, by writing his name on everything. He said, “My servant did so much for my honor. I am inside the palace and my servant is outside.” Thereupon, the king called his loving servant to join him in his innermost chambers.

The Midrash (Vayikra 1:6) says that Moshe felt distressed and anguished. Building the Mishkan was a very holy endeavor. It signaled to the Jews that Hashem had forgiven them (to a large extent) for their participation in the sin of the Golden Calf. Hashem was going to rest His Holy Presence among them. All the Jews were given the privilege and opportunity to donate something towards the construction of the Mishkan. Moshe was the only one who did not get the privilege of donating to the Mishkan. The Midrash says that Hashem responded to Moshe’s sadness by saying, “Your speech is more precious to Me than all [of the donations and work down on behalf of the Mishkan].” To prove that, Hashem told Moshe that he was the only one that Hashem had called personally (“And Hashem called to Moshe”).

What does the Midrash mean that Moshe’s “speech” was so precious in the eyes of Hashem? What “speech” is it referring to? Moshe oversaw the construction of the Mishkan. He supervised every single detail, being ever-so-careful to ensure that everything was done exactly as Hashem had instructed (see Chidushei HaRadal). The Maharzu says, in fact, for each instruction that Moshe gave to the artisans, the Torah testifies that it was done, “As Hashem had commanded Moshe”. (It says “As Hashem had commanded Moshe” 19 times in Parshas Pekudei!) The speech which was so beloved to Hashem referred to Moshe’s continuous discussions with all the artisans who were involved in the construction process.

This devotion displayed in Moshe’s speech was more beloved to Hashem than all the actual donations to the Mishkan. Why was that so special to Hashem? Rabbi Shimshon Chaim Nachmani in his sefer Zera Shimshon (as quoted by Rabbi Nachman Seltzer in Zera Shimshon: The Sefer. The Stories. The Segulah) quotes the Talmud (Bava Basra 9A) that a person who convinces others to do a mitzvah is considered greater than the one or ones who do the mitzvah. Moshe encouraged all the workers in the Mishkan to do everything exactly as Hashem had requested it to be done. Therefore, Hashem considered it as if Moshe had done everything. That is why the Mishkan was attributed solely to Moshe and that is why Hashem only called him privately, into the Kodesh Hakadoshim, the Holy of Holies in the Mishkan (Yefe Toar). This is what the original parable was referring to. Moshe’s dedication to detail showed such honor to Hashem that Hashem invited Moshe to join him in the holiest part of the Mishkan.

One can also reap infinite reward by tacitly encouraging others to do mitzvos simply by setting a good example.

When we act in a respectful and dignified way, the way every Jew should act, we encourage others to act in a similar manner. Rabbi Paysach Krohn tells a story about an irreligious Jew who visited Israel. The man decided to visit the Western Wall on his tour. When he arrived, he was very moved upon observing the sincerity and intensity of a religious Jew davening to Hashem. He was so moved that he took a step to bring himself closer to his religion. One thing led to another and this man became religious and helped build a new synagogue for his community. The Jew who davened so beautifully never met this man. However, he will reap great rewards for all the mitzvos that this man does since his action encouraged the performance of mitzvos.

Each of us has the golden opportunity to encourage others to do a mitzvah.