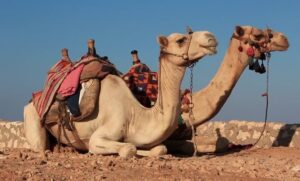 The following story was said over in the name of Rebbetzin Kanievsky.

A girl in Haifa had been diagnosed with stomach cancer. The doctors said that there was nothing more they could do to help her. The girl and her parents pleaded with the doctors to try. The doctors finally agreed and told her to come back the next day for surgery. She was assigned a young, inexperienced surgeon. The doctors felt it would be good practice for him, and since there was nothing that could help her, it didn’t really matter.

The night before the surgery, this non-religious girl pleaded with Hashem. She said that she wanted to offer a korban to Hashem. She went to her closet and took out all her immodest clothing and took it out to the yard and burned them. As her clothes went up in flames, she cried out, “This is my korban!”

The next day the girl went to the hospital and had the surgery. The tumor was easily removed, and it was benign. The doctors were shocked at the outcome.

Why did she merit a miracle?  Was it because of her heartfelt prayers or her difficult and personal sacrifice to get rid of her immodest clothing?

The miracle didn’t end here. When the girl told all her non-religious friends about the miracle, they brought over all their immodest clothing and made another fire to burn their clothes. The girls went to the mall to buy new clothes. While they were inside, buying new, modest clothing, a car packed with over 200 pounds of explosives was detected,

underneath the mall. The explosives were defused before anyone inside the mall got hurt.  Was it merely a coincidence that the terrorist’s car was detected or was it a reward because of the girls’ sacrifice to wear modest clothing?

In this parsha, Yaakov sent as a present, droves of animals to appease Esau. Each species had the appropriate number of males and females to properly breed. The psukim describe the numbers of females and males of each species that was sent. However, when it lists the number of camels, the Torah conspicuously does not mention the males. Why not? Rashi says the reason is because the camels show tzinus, modesty, when they mate. The Midrash Lekach Tov (written by Tobias ben Eliezer in the 11th Century) explains that unlike other animals, camels will not mate in front of people. Therefore, the Torah lists the gift of camels in a modest way. It lists the number of females, only inferring the number of male camels. That was done to acknowledge the camel’s own modest behavior.

Acting with tznius is a hallmark of a Jew. As we see in the story above, it can bring blessings into our lives.