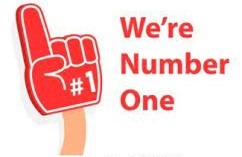 “Are they so witless, all those evildoers, who devour my people as they devour food, and do not invoke Hashem?” (Tehillim 14:4)

During World War II twenty-four rabbis were being held in Italy and faced being returned to Nazi-occupied Europe and certain death. Rav Aharon Kotler, founder and rosh yeshiva of the Lakewood Yeshiva, asked the well-known advocate on behalf of Jewry, Irving Bunim, if he knew who could intercede on behalf of these 24 rabbis. Irving Bunim suggested the Italian Mafia. Rav Kotler urged Mr. Bunim to contact them immediately. After contacting them, Mr. Bunim asked Rav Aharon, “Who are we sending to the meeting?” Rav Aharon replied, “You and I are going.” They went to meet the godfather of the Mafia, Joe B. . Since Rav Aharon did not speak English, Mr. Bunim explained the problem of the 24 rabbis trapped in Italy. The Mafia chief asked Mr. Bunim, “Who is the elderly man sitting next to you?” He told him, “He is the godfather of the Jewish people.” “Really?” asked the Mafia chief. “Yes!” replied Mr. Bunim emphatically. “Tell him I want a blessing.” With Mr. Bunim interpreting, he told the mafia chief Joe B.,”The rabbi blesses you with long life and that you should die in bed.” Upon hearing this, the mafia chief replied, “I like that,” and promised within 2 weeks to arrange the freedom of the 24 rabbis stuck in Italy, which he did indeed accomplish. For saving 24 rabbis from the Nazis, and with Rav Aharon Kotler’s bracha, Joe B.– the Mafia godfather – lived to 97 years old and died in his own bed. (Matzav.com)

Joe B. was a crime boss for over 30 years. He was an alleged murderer, among being involved in many other crimes. Yet, he recognized and appreciated the beauty and greatness of a Jewish leader.

The Midrash Shochar Tov (Tehillim 14:4) explains the pasuk in Tehillim. During the time of the destruction of the First Beis HaMikdash, our enemies rampaged through the ruins of the Temple. They slaughtered and ate the animals that we had designated to be used for the sacrfice of the korban tamid. They found the lechem hapanim, the loaves of bread that were on the Shulchan and ate those as well. In response to those actions, the pasuk says that they did “not invoke Hashem”. The Midrash explains these words of the pasuk, using a pasuk from Yirmiyahu (2:3). “Israel was holy to Hashem, the first fruits of His harvest. All who ate of it were held guilty”. The Jewish People are very special to Hashem. Rashi explains, “Like the first of the harvest before the Omer, which it is forbidden to eat, and whoever eats it is liable, so will all those who eat him be guilty.” The Jewish People are like the first fruits, which may not be eaten. Anyone who harms the Jewish People will be punished. Apparently, our enemies were not being criticized for all their sins. Rather, they were being taken to task because they didn’t realize that they were dealing with the Jewish People, Hashem’s chosen and beloved people. They didn’t treat Hashem’s chosen people in the proper manner.

What a strange criticism of our enemies. Our enemies were a lowly people. They murdered, served idols, and were immoral. They desecrated the Holy of Holies in the Beis HaMikdash. Could we possibly expect such people to be able to appreciate the beauty and greatness of the Jewish People? Could such people, while they were in the middle of their evil actions, appreciate the greatness of the Jews? Furthermore, the Jewish People were at their low point. Their symbol of greatness and glory had just been destroyed and was in ruins. The Jews were being sent into exile in chains. What greatness was there to see?

We see from the Midrash that even at such a time, our enemies were criticized for not seeing our greatness. Even during our lowest point, our greatness is there for all to see. Even the lowest of the low, at their moment of greatest evil, are still capable of noticing our greatness. If they don’t notice it, they are punished for it.

If our enemies can be blamed for not being aware of our greatness, certainly we should be aware of it.

At our bleakest moment, we are stilled beloved by Hashem, as His Chosen People.

Remembering that and feeling Hashem’s love, even in the darkest of times can infuse us with strength.