The Secret to Success! 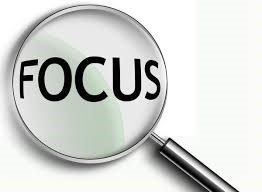 Some of the most successful people failed miserably. However, they maintained a strong focus on their ultimate goal and succeeded beyond their wildest dreams.

Moshe Rabbeinu was able to speak to Hashem whenever he wanted to. His prophecies were crystal clear. The Torah tells us that there will never again be a prophet such as Moshe. The Rambam (Laws of Teshuva 5:2) says that although there will never again be a prophet like Moshe, there can be a tzadik like Moshe. The Rambam says, “Every person can become a tzadik, as our teacher Moshe”.

HaRav Elchonon Wasserman zt”l (in his sefer Kovetz Ma’amarim, page 48) questions this Rambam. He says that it is impossible for anyone to be able to reach the level of Moshe Rabbeinu. What does the Rambam mean that every person has the potential to become a tzadik such as Moshe?

Rabbi Yossi says in Pirkei Avos (2:17), “all your deeds should be for the sake of Heaven”. Even our eating, drinking, and sleeping should be done “for the sake of Heaven”. When we do these everyday actions, we should try have in mind that we are doing them to have the strength to serve Hashem properly. Even if we feel distressed and feel the need to go for a walk, our intention should be that we want to calm down to serve Hashem better. (Yalkut May’am Loez)

HaRav Elchonon Wasserman continues that each person is given various capabilities in different measures. Some are given more strength, more wisdom, more understanding, more compassion, etc…  Furthermore, some are given more wealth, honor, or prestige. Every person was given exactly what he needs to fulfill his personal and specific mission in life. Nothing extra was given to us that is not needed to complete our mission in this world. Thus, by definition, we are obligated to use all that we have been given to serve Hashem. If we do so, then we will attain the level of Moshe Rabbeinu. Obviously, we can’t attain the actual level of Moshe. Even if we were to use all our efforts for thousands of years, we wouldn’t even reach the level of Moshe’s ankles. However, that is because we were not given the strength and understanding that Moshe was given. If we use all the abilities that Hashem has given us to serve Him, then we can also attain the level of being a “servant of Hashem”, just as Moshe was. This is the explanation of the Rambam.

Hashem has given each of us unique abilities and has placed us in different situations in life. Our goal should be to use our unique talents to serve Hashem.  We should focus on this goal in all that we do. Then, even our mundane actions become mitzvos. To the extent that we succeed in focusing on this, we will be considered “servants of Hashem”, just as Moshe Rabbeinu was.