Do You Have the Time? It Can Mean the Difference Between Life and Death! 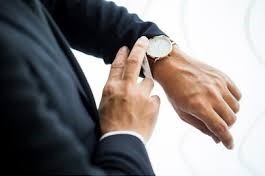 “This month shall be for you the beginning of the months.” (Shmos 12:2)

On April 26,1986 there was an accident at a nuclear power plant in Chernobyl in the Soviet Union. Radiation from the damaged reactor was dispersed in the atmosphere. Over 150,000 square kilometers in Belarus, Russia and Ukraine were eventually contaminated.

Natalya and Vladimir Dorman, both highly intelligent professors, were in their home with Evgeniy, their ten-year-old son. With a radioactive cloud hovering over their neighborhood, Natalya said sadly that they may all be dead in three days from the radiation. She said, “We have led meaningless lives. We have little to show for ourselves. Let us become elevated people in our last days on earth.” She took out a Jewish book that a friend had given her, called the The Midrash Says. Slowly, Natalya began reading to her family about Hashem and Creation. Evgeniy was fascinated and was especially moved by the idea that the Torah was the blueprint of the world. He said, “If I could learn Torah, whatever that is, I could understand how this universe works…. How wonderful!” The Dormans did not die. Now that they were aware that they were so spiritually ignorant, they immigrated to Israel where they could learn Torah.  Years later, Evgeniy, known as Yehudah, became an accomplished Torah scholar. (The Grandeur of the Maggid by Rabbi Paysach Krohn)

Before the plague of the killing of the first born, Hashem gave the Jewish People a mitzvah. The very first mitzvah that they received, as a nation, was the mitzvah of sanctifying the new moon. The Jewish calendar and all the holidays depend on this mitzvah.

Why is this mitzvah so significant that it was the first one that Hashem gave? Rabbeinu Bachya says that it forms a basis of our faith. When we see the new moon and say a bracha on it, we are testifying to Hashem’s renewal of creation. If Hashem would not constantly renew creation, the world would be destroyed. That is a foundation of belief in Hashem.

The Sforno says that Hashem was sending the Jewish people a very important message with this mitzvah. From that time onwards, the months belonged to them, and the Jews could do whatever they wished with their time. When they had been enslaved, their time had not been their own. They had been at the whim of their masters who could have bothered them at any time – day, or night. Hashem was telling them that now their time was their own.

Rav Avrohom Pam zt”l says, “Only when a person is in control of his time can he be a מְצוּוֶה וְעוֹשֶֹה, one who is commanded to fulfill a mitzvah. Therefore, as a prelude to their new obligations to uphold the Torah, Klal Yisrael was given this specific mitzvah which is the key to all the other mitzvos.”

The Beis Din, the Jewish court, sanctifies the months. However, it is the task of every single Jew to sanctify the gift of life that he has been given through proper utilization of time. Every person is given a predetermined amount of time on earth. Everyone’s responsibility is to make the optimum use of this gift.

In Pirkei Avos (3:1) Akavia the son of Mehalel says that one can be dissuaded from sin if he realizes that he will eventually have to give Hashem justification and reckoning for his deeds. The Vilna Gaon zt”l explains that “justification” refers to the futile attempt one will make to justify his misdeeds. “Reckoning” refers to the reckoning that one will have to make for the time one misused by sinning. Instead of sinning, he could have used that time well, by doing mitzvos. The Pirkei Avos Treasury by Rabbi Moshe Lieber illustrates this with a beautiful parable. A merchant sold defective seeds to farmers. When the seeds yielded no produce, the farmers were very upset. They demanded to be reimbursed for price of the seeds AND for the profit that they would have earned from the fields, had the seeds not been defective.

“A Jew knows that his life has a profound purpose, and his soul has descended beneath the Heavenly Throne to this earth to accomplish a mission that only he can fulfill.  He was not placed on this earth just to “kill time”.  Whatever he accomplishes in his life on this earth will be what must sustain his soul for all eternity.”

(Rav Pam on the Chumash by Rabbi Sholom Smith)

(dvar Torah based, in part, on Rav Pam on the Chumash by Rabbi Sholom Smith)