If You Have a Question, I May Not Have the Answer, Yet! 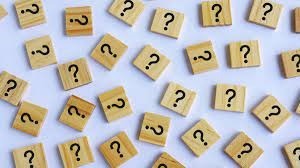 “And [Avram] went on his journeys from the south to Beth-el, to the place where his tent had originally been….”

Rashi (Bereishis 13:3) quotes the Midrash (Bereishis 41:3) that when our forefather, Avraham, returned from Egypt, “…he went on his journeys”. He lodged in the same places that he gone to, on the way from the land of Canaan to Egypt. He returned to pay his unpaid bills, as he had initially lodged “on credit”.

A pious man traveled to a far-off land to make a living. He met a man who worshipped idols. He told the fellow that he was foolish for worshipping mere sticks and stones. The idol-worshipper responded by asking the pious man whom he worshipped. He replied that he worshipped the Creator who sustains the entire world. The idol worshipper responded by asking, “Why must you travel so far from home to earn a living? Couldn’t your G-D have sustained you in your own city?” The pious man was unable to answer this question. The idol worshipper had made an excellent point!

Our forefather, Avraham, made it his life’s mission to teach the world about Hashem, the Creator of the world. Avraham had many followers. When there was a famine in Canaan (the land of Israel) Hashem told Avraham to go down to Egypt. That was one of Avraham’s 10 tests. Rabbi Yitzchak of Volozhin, in sefer Kehillas Yitzchok, says that Avraham’s followers asked him a question. “If it is as you say, that there is one true G-D who is Master of everything, why must you go to Egypt to find food? Can’t He feed you right here in Canaan?” Avraham was unable to answer their question. Instead, he said that Hashem had commanded him to do this, and he would obey, despite not understanding the reason.

By the time Avraham left Egypt, he understood that Hashem had wanted him to go there to sanctify Hashem’s name in the Egyptian palace. Once Avraham understood the reason, “…he went on his journeys”. He called his followers together and answered the question that they had initially asked him when he had been on the way to Egypt. He explained that he had to sanctify Hashem’s name in Egypt and that is why Hashem had sent him there. According to Rabbi Yitzchak of Volozhin, this is the explanation of the “unpaid bills” that the Midrash was referring to. The “unpaid bills” was the question that Avraham’s followers asked that he had been unable to answer. Now, upon his return, he was able to give them a satisfactory answer.

All of us are “tested” by Hashem through life’s circumstances. We may have questions, “Why is Hashem doing this?” Our friends may have the same questions as to why certain things are happening to us. As time passes, perhaps we will discover the answers to some of the questions that we and our friends had. We may understand why certain specific things had to happen to us, for our ultimate benefit. Regardless, our immediate and consistent response should be the same response that our forefather Avraham gave. We should copy Avraham who said that even when I do not understand Hashem’s reasons, I must and will follow the wishes of Hashem. Hashem knows what is best for me, in the big picture.

Based on Sefer Talelei Oros by Rabbi Yissachar Dov Rubin