Turn Off the Gas Before the Pot Boils Over! 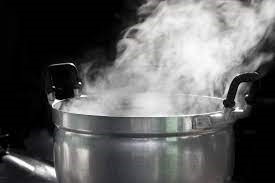 “Aharon extended his hand over the waters of Egypt, and the frog emerged and covered the land of Egypt.” (Shmos 8:2)

Rabbi Yoffin zt”l was the Rosh Yeshiva in the Novardok yeshiva. Since there was no dormitory, the students rented rooms in nearby buildings. One of those buildings had more than 20 rooms that were rented to the students. The owner of the building was a widow who lived with her very young son. The widow was not nice to the students. She ridiculed them, and at different times shut off the water or the electricity. One by one, the yeshiva students moved out. Only one student, Yosef Geffen, remained. One morning, as Yosef was returning from shul, the woman saw him and started yelling at him. “You must be crazy! How can you still stay in my building? All the other boys have moved out. Why do you insist on staying?”  A normal reaction to hearing someone screaming angrily at you, is to respond in anger. That is not how Yosef responded. Yosef said softly to the woman, “I stay here for your sake. I fear that one night you may fall or become ill and call out for help and there would be no one to hear your cries. I understand that when you yell at us you are merely letting out your frustrations.…” The woman was shocked by the response. She expected to hear an angry retort. She was so touched by Yosef’s concern that she begged for forgiveness. From that moment onward, her entire personality changed. She only said kind words to the yeshiva students that she met. Word got around that now she was nice, and soon all the rooms in her building were again filled by the yeshiva students. (Around the Maggid’s Table by Rabbi Paysach Krohn)

Moshe had warned Pharoah about the second plague. Frogs would swarm throughout the land of Egypt. They would go into all the houses, ovens, and even inside the Egyptians’ bodies. When the plague started, the Torah says, “And the frog emerged and covered the land of Egypt.” The commentaries discuss why the Torah says “frog” in the singular and not in the plural. The Chizkuni says that it means swarms of frogs emerged. The Chizkuni points out that in other places the Torah does indicate a multitude even though it uses a singular term. There was a plague of snakes, yet the Torah uses the term, “snake” (Bamidbar 21:7). Alternately, the Talmud (Sanhedrin 67B) quotes Rabbi Elazar ben Azarya who says that one frog came and gave a shrill scream. Frogs from all over the world heard the cry and converged all over Egypt. Rashi gives yet another explanation based on the Midrash (Midrash Rabbah Shmos 10:4). He says that one immense frog emerged from the Nile River. When the Egyptians hit the frog, it split into swarms of frogs.

The question is obvious. Each time the Egyptians hit the frog, it split into swarms of frogs until there were so many that they converged over the entire country. Why did the Egyptians keep hitting the frog? Didn’t they realize that their actions were causing more frogs to come? Why didn’t they stop?

The answer is also obvious. The Egyptians were angry. The more frogs that swarmed, the angrier they became. They were controlled by the emotion of their anger, blocking their sensible reasoning which would have told them, “STOP!”

The Talmud (Nedarim 22A) quotes Rabbi Yonatan who says that one who gets angry, all kinds of Gehinom (Hell) rule over him. The Rosh explains that anger is destructive to one’s health as if he were inflicted by many different punishments of Gehinom. Another explanation is that anger controls one’s actions. Therefore, he will sin and be punished in Gehinom. Rabba bar Rav Huna says that when one is angry, at that moment, even the Divine Presence is not important to him. Rabbi Yirmeya of Difti says that anyone who gets angry, forgets his learning, and increases his foolishness.

The Orchos Tzadikim (in the Gate of Anger) says that we often see that one who is in a fit of anger and persists in his anger, is not conscious of what he is doing. He will do things that he would never do had he been calm. The Jews in the desert were somewhat disrespectful when asking for water. According to Rashi, Moshe Rabbeinu felt the ever-slightest tinge of anger. Moshe Rabbeinu responded, “Listen, you rebels! Can we extract water from this rock for you?” Due to this slight, slight amount of anger, Moshe erred and hit the rock that was supposed to produce water, instead of speaking to it (Bamidbar 20:10).

The trait of anger can ruin relationships. It can result in a person losing his job. Anger is physically unhealthy and spiritually unhealthy. Realizing and understanding that everything that occurs to us is from Hashem may help us avoid getting angry. After all, the person who angered us is just a pawn in the hands of Hashem! For whatever reason, Hashem felt that this person’s actions were beneficial to us.

When we do feel anger stirring-up inside us, there are some techniques to control it. Silence nullifies anger. We should remain silent until we feel calmer.  A soft voice nullifies anger. We should speak in a low tone to prevent anger from increasing and to help calm our emotions.  When we are angry at someone, we should not look at him straight in the face because that can increase our anger. Other popular suggestions are to count to 10, take a drink of water and leave it in your mouth, or go to the bathroom. There are over 40 other suggestions that can be found in, Anger The Inner Teacher by Rabbi Zelig Pliskin.

Anger is a normal reaction. But the more we control it,

the happier we will be, both physically and spiritually.