You CAN Do It if You Try! 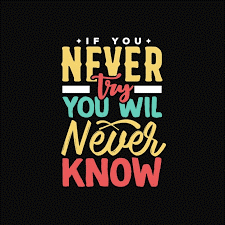 “It was at that time that Yehudah went down from his brothers” (Bereishis 38:1)

The Chofetz Chaim zt”l (in Sefer Chofetz Chaim on the Torah, in Parshas Terumah) relates a true, tragic story that has implications for all of us. A Jew was imprisoned in a small town in Russia. His hands and feet were in shackles, and he was about to be sent to Siberia for his crime of counterfeiting. Before being led away, the prisoner asked the policeman if he could speak to the rabbi of the town. The prisoner said that he had something urgent to tell the rabbi. The policeman agreed and sent for the rabbi. When the rabbi came and saw that the prisoner was about to be led away, he felt brokenhearted. The prisoner saw the rabbi and called out, “It’s your fault! You knew that I was counterfeiting. You should have reprimanded me and warned me what the terrible consequence would be if I were caught!”

The Chofetz Chaim zt”l concluded by stressing the grave responsibility that rabbis and leaders have, to correct improper behavior. Their followers will blame the rabbis and leaders for ignoring their sinful behavior. The Chofetz Chaim zt”l continues that the accusations against the leaders will be even greater when the people are punished for their sins in the World to Come. [Of course, the rebukes must be delivered in a manner that will be heard. And the people should honestly listen to those who are trying to guide them in the correct path. They should not embarrass or fight with their leaders.]

In this week’s parsha, Yosef’s brothers determined that Yosef deserved the death penalty. Reuven suggested that instead of actively killing him Yosef, they should throw him into a pit. Reuven left to take care of his father, intending to return to save Yosef. Meanwhile, a caravan of Arabs passed. Yehudah suggested to the brothers that they sell Yosef as a slave, rather than kill him. Yehudah felt that this would at least save Yosef’s life [The brothers were exceedingly righteous. The reader should not get a negative misimpression of them or of Yosef due to this simplified understanding of the story. The commentaries explain everything in depth.] The brothers agreed. When the brothers returned, they gave Yaakov the impression that Yosef had been killed by a wild animal. Rashi (Bereishis 38:1) says that when the brothers saw Yaakov’s inconsolable mourning, they turned to Yehudah and blamed him for Yaakov’s sadness. They removed Yehudah from his position of leadership and complained, “You, said to sell him. Had you said to return him, we would have listened to you”.

Rav Avraham Pam zt”l (Rav Pam on Chumash by Rabbi Sholom Smith) questions the brothers complaint to Yehudah. Would they truly have listened to Yehudah had he said to free Yosef? After all, they felt halachically justified in killing him. Yehudah clearly felt that, had he asked to spare Yosef, the other brothers would not have listened to him. They would have left Yosef in the pit to die. Yehudah felt that a compromise would be accepted. Therefore, he suggested that Yosef be sold, rather than be freed. Clearly, Yehudah underestimated the influence he had over the other brothers. Apparently, had he been insistent in freeing Yosef, they would have listened to him. Since he did not do so, the brothers blamed him for Yaakov’s pain and removed him from his position of leadership.

The story from the Chofetz Chaim zt”l and the dvar Torah from Rabbi Pam zt”l impact not only our leaders, but us as well! We are often in the position to influence others to do good and/or to persuade them to stop sinning. However, we may feel inadequate, that we will be ignored. Yet, that is not always true. Obviously, we must use our common sense to know when to speak up and when to be silent. However, in truth, there are many instances when we can speak up and our voices will be heard.

Then, we will make a difference someone’s life!

A man had a non-observant neighbor. He never thought of inviting him for a Shabbos meal because he thought that his offer would be refused. How wrong he was. The neighbor had remarked to another person that he was just waiting to be invited. His life could have been changed had his religious neighbor confidently reached-out to him.

Who is waiting for you to reach out and change their life?