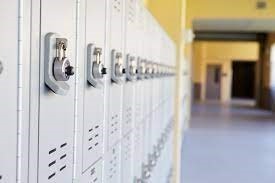 “This is the matter that you shall do for them [the kohanim] to make them holy in order to serve Me” (Shmos 29:1)

One year, there was a class of students who were so unruly that two different teachers got burned-out from teaching them.  One teacher took early retirement and the other decided to permanently stop teaching.  This class was so bad that substitute teachers refused to teach them.  The district administrator called a teacher who had previously applied for a teaching job.  She eagerly accepted. The principal decided not to warn the teacher about the class, afraid that she would be scared off if she heard what she was up against.  After the new teacher had been on the job for a month, the principal sat in on a class.  To his amazement, the students were well-behaved and enthusiastic.  After the students had filed out of the classroom, the principal stayed behind to congratulate the teacher on a job well done.  She thanked him but insisted that he deserved the thanks for giving her such a special class for her first assignment.  The principal hemmed and hawed and told her that he really didn’t deserve any thanks. She laughed and told him, “You see, I discovered your little secret on my first day.  I looked in the desk drawer and found the list of the students’ IQ scores. “I knew I had a group of exceedingly bright children. I realized that I would really have to work to make school interesting for them.”  She slid the drawer open, and the principal saw the list with the students’ names and the numbers 136, 145, 127, 128, and so on written next to the names. He exclaimed, “Those aren’t their IQ scores–those are their locker numbers!”  Too late.  The teacher had already expected the students to be bright and gifted–and they had responded positively to her positive view and her positive handling of them. (Positive Expectancy by Bill O’Hanlon)

The Midrash Rabbah (Shmos 38:2) discusses the prophet Chabakuk’s complaint against Hashem. The prophet said, “[Hashem], You said that we [the Jewish People] should be holy to You (Vayikra 19:2)”. Furthermore, You [Hashem] said, “This is the matter that you shall do for them [the kohanim] to make them holy in order to serve Me (Shmos 29:1)”. Chabakuk said that no Jew should ever die! It would not be fitting that someone who is holy should ever die and be removed from the world. Hashem should remove death from the Jewish People who are so holy. Hashem answered that the Jews had to die since that was already the way of the World. The decree of death had been placed upon the world due to the sin of Adam, the first man.

This discussion is eye-opening! The prophet Chabakuk felt the Jews are so holy that they should never die. Hashem agreed!! Hashem said that there was no recourse since death had already been decreed on Mankind. Had death not already been decreed, Hashem agreed that a Jew should never die. This is even more amazing when we realize the time-period when Chabakuk lived. He lived in the era, right before the destruction of the First Beis HaMikdash (Temple). He saw the multitude of sins done by the Jews. They committed so many sins that they were destined to be exiled by Nevuchadnetzar, the King of Babylonia. At this very “low-point” for the Jewish People, Chabkuk still questioned Hashem, since the Jews are holy, they should never die. Even when we sin terribly, our essence is very holy! Hashem concurred, that even at our “low-point”, our essence is so holy that, technically, we should never be removed from this World by dying!

If we can appreciate the powerful holiness of every Jew, we will be more motivated to grow spiritually and come closer to Hashem. One who knows and values his true potential will strive harder to reach that wonderful potential.