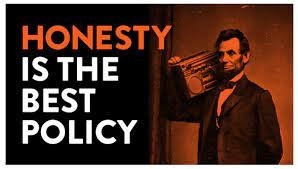 Had not the G-d of my father, the G-d of Avraham and the Fear of Isaac, been with me, you would have sent me away empty-handed. But G-d took notice of my plight and the toil of my hands, and He gave judgment last night.” (31:42)

There is a very famous folktale about the repercussions of dishonesty. There was a very small village that was known for producing fine-tasting wine. The king notified them that he would be visiting their village the following month. The elders of the town arranged to beautify the town square in honor of the occasion. The also placed a huge vat in the center of the square. They asked each family to pour a bottle of their delicious wine into the vat. They would serve that wine to the king and the many officials that traveled with him. The taste of their delicious wine would bring them much honor and possibly a monetary gift from the king. One of the villagers had this thought: “If I pour a bottle of water in that giant barrel, no one will notice the difference.” He felt that such a small amount of water wouldn’t be noticeable in the large vat of wine. He was correct. However, the problem was that each villager had the same thought and acted accordingly. At the banquet honoring the king, the elders put a spout in the vat and poured a glass of their “delicious wine” for the king. The entire village was embarrassed when the “delicious wine” turned out to be only water!

After 20 years of working for his dishonest father-in-law, Lavan, Yaakov and his family left to return to the Land of Israel. Yaakov left without Lavan’s knowledge, fearing that Lavan would attempt to prevent him from going. Indeed, when Lavan found out, he chased Yaakov and his family, finally catching-up to him. Lavan would have harmed Yaakov for leaving, had Hashem not come to him in a dream, warning him not to.

Yaakov was annoyed at Lavan for chasing him and for thinking that he took Lavan’s idols. After searching Yaakov’s entire camp, Lavan could not find anything that belonged to him. Yaakov berated Lavan, saying that he served him faithfully and honestly for 20 years, despite Lavan constantly changing the basis for Yaakov’s wages. In fact, Rashi says that Lavan changed the basis for Yaakov’s wages, 100 times (Bereishis 31:7)! Yaakov told Lavan that had Hashem not been with Yaakov, then Lavan would have deceived him. Yaakov would have been left penniless, even after 20 years of hard work. Yaakov said, “Had not the G-d of my father, the G-d of Avraham and the Fear of Isaac, been with me, you would have sent me away empty-handed. But G-d took notice of my plight and the toil of my hands, and He gave judgment last night.”

The Midrash Rabbah (Bereishis 64:12), with the commentary of the Maharzu, points out something very interesting from this pasuk. Yaakov told Lavan that his z’chus Avos, the merit of his forefathers saved him monetarily, from leaving Lavan penniless. However, it was Yaakov’s hard, honest work which Hashem had noticed, that saved Yaakov’s life. That was why Hashem warned Lavan, in a dream, not to harm Yaakov.

The protection of z’chus Avos is powerful. We constantly invoke that z’chus, begging Hashem to save us and to forgive our sins. We see a fascinating idea from this Midrash. The z’chus Avos saved Yaakov’s money, but it was his honest labor that saved his life!

Yaakov had every “right” to be a dishonest employee. He was working for an evil person who kept trying to trick him out of his due wages. Yet, Yaakov did not let that interfere with how he did his job. He was totally honest! It was this honesty that saved his life!

This is an important lesson for us all. As employees, we may rationalize, feeling that it’s okay to leave work early, to take an extra 20 minutes for a lunch break, to make personal calls or play computer games, during the time that we should be working. We may especially feel that it’s okay if we feel that the boss has mistreated us or did not give us the bonus that he had promised. We see from Yaakov, that we must be better than that. Furthermore, our honesty will not be wasted.

Hashem sees our actions and will watch over us, especially because of our honesty.

(based on a dvar Torah by Rabbi Henach Leibowitz zt”l)