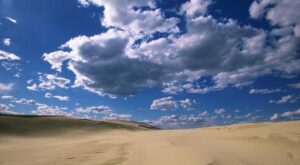 “…Hashem spoke to Moshe in the wilderness of Sinai, in the Tent of Meeting, saying.” (Bamidbar 1:1)

A certain rabbi’s daughter got engaged. The groom and future-in laws were invited to join them for Shabbos. In the middle of the Shabbos meal, the doorbell rang repeatedly. The rabbi opened the door and in walked his own son, who had strayed from religion. The son walked in and placed his car keys on the hall table.

The rabbi lovingly greeted him. “Welcome, my son! What an honor that you came to join us tonight. How could we have had this very special Shabbos meal without you?” Throughout the meal, the rabbi praised his son, raising his self-esteem and showing him boundless love. In between singing Shabbos songs, the rabbi put his hand on his son’s and said to him, “No matter what, you are my son. I will always love you.” When the son was ready to leave, the rabbi said, “Thank you so much for coming. Our family could not have been complete without you here. We love so much when you join us.” The son said, “Thanks Dad.” Then he picked up his car keys and left. A minute later, the son returned. He went over and hugged his father. “Thank you for being here for me. I’m not going to drive tonight. I will be walking instead.”

This boy eventually returned to a life of Torah and mitzvos.  He credited his father’s love and encouragement for his turnaround. (Living Emunah 6 by Rabbi David Ashear)

It says in Pireki Avos, “Rabbi Akiva said, Beloved are the people of Israel for they are described as children of the Omnipresent.”  (3:14)

During the time of the prophet Yirmiyahu, the Jewish People had sinned greatly. They felt that they had fallen so low that repentance was no longer possible. They told Yirmiyahu,” “We have broken loose. We will not come to You anymore.” (Yirmiyahu 2:31) The Midrash Tanchuma (Bamidbar 2:1) explains what the Jews were saying. In those days, they baked bread by placing it on the hot walls of an oven. When the hot bread was removed from the oven, it could not be put back in since it could no longer stick on the side of the oven. The Jewish People said that they were like this hot bread. After being driven out of the warm relationship with Hashem and exiled from Yerushalayim, they could not foresee their return, just as the warm bread could not be returned to the oven. They felt that they were so removed from Hashem that they could never return.

Hashem responded to the comments of the Jewish People by telling Yimiyahu, “Have I been like a desert to Israel…?” (Yirmiyahu 2:31). The Midrash Tanchuma explains Hashem’s words. “Is it customary for a king of flesh and blood, when he leaves for the desert, [to find] easy living [there] just like that which he had found in his palace?”  When the Jewish People left Mitzrayim, Hashem made their stay in the desert very pleasant. “And I did not even bring three fleas to trouble you”. There was food to eat, from the manna. There was ample water from the rock which was the Well of Miriam. The Jews were surrounded by Clouds of Glory. The Clouds protected them from the sun, killed snakes and scorpions and leveled the mountains and valleys to facilitate their walking with ease. The clouds also “cleaned” their clothes which never wore out. The clothes also grew with them. (Yirmiyahu. 2:31:) Hashem treated the Jews royally in the desert. You are still beloved! Of course, you can repent, no matter how far you have strayed.

Rav Henach Leibowitz zt”l asked, How did Hashem’s words allay the concern of the Jews? How did it prove that Hashem still loved the Jewish People now, when they had fallen so low. Hashem had performed miracles in the desert for the Jewish People when they had been on a high spiritual level. They deserved Hashem’s acts of kindness, but the Jews now felt they were too distanced from Hashem to receive this kindness.

Rav Henach Leibowitz zt”l answered, that the Jews of Yirmiyahu’s generation mistakenly felt that Hashem’s love for the Jews was dependent on their righteousness and closeness to Him. They recognized that they had sinned so much that they were far from Hashem. When Hashem told them about all the kindnesses that He had performed for their forefathers, the generation of the desert, Hashem was sending them a clear message. The multiple acts of kindness that Hashem had done for their forefathers far exceeded what they had deserved, despite their greatness. Yet, Hashem did it for them, showing His absolute love for the Jewish People. This made them realize that no matter how low they had fallen, Hashem loved them as a father loves his son (Ohr HaChaim Hakadosh says, that Hashem loves us even more than a father loves his son). Hashem’s love for us is unconditional, even when we do not deserve it.

We can learn life-changing messages from this. No matter how low we fall spiritually, Hashem is always waiting for us with open arms. Hashem waits for us just as a father waits for his child. Therefore, we can always repent our past misdeeds and come closer to Hashem.

This idea should also give us strength when we experience life’s challenges. We should never feel that we have sinned too much to ask Hashem for help or that we don’t deserve Hashem’s kindness. Hashem’s love for us is absolute. We can always turn to Hashem for help.